Step back in time to the heyday of the track as we relive the incredible thrill of a day at the Brooklands races.

This year we will be celebrating the 95th anniversary of the first British Grand Prix, which was held at Brooklands on 7th August 1926. The incredible tales of this race will be brought to life as we bring racing back to Brooklands. Cars that competed in the race will take centre stage and some of them will be firing up their engines to take to the track again, exactly 95 years after they made their appearance in the first British Grand Prix. With a line-up of Grand Prix cars from the decades that followed that race, you will be able to trace the history and evolution of cars from the pinnacle of motorsport.

The most spectacular display of the day will be the ‘Race Starts’. Watch as cars and bikes of the period are lined up and flagged off for a high-speed dash up the historic Finishing Straight and on to the Members Banking. You’ll be able to see, hear and smell many of the wonderful machines in action during the parade laps and then cheer them on as the tackle ascents of the original Test Hill, which with a gradient of  1 in 4 at its top still tests cars and bikes to this day.

Throughout the site, there will be some of the actual cars, motorcycles and bicycles that raced here from 1907-1939. We will also be welcoming other pre-War vehicles, which will be parked up, as spectators’ vehicles would have been on race days.

With reenactors working on racing cars and motorcycles from the Museum collection outside the Race Bays and Tuning Sheds, you will be able to see how parts of the site would have looked “back in the day”.

"We’re Good To Go” is the official UK mark to signal that a tourism and hospitality business has worked hard to follow Government and industry COVID-19 guidelines and has a process in place to maintain cleanliness and aid social distancing.

* Ticket prices include a 10% voluntary donation which enables us to reclaim tax on the whole ticket price under Gift Aid. You can choose not to include the donation when you buy your tickets.

Tickets are non-refundable and non-transferable. In the case of a change in government guidelines, tickets are covered by our Covid-19 ticket guarantee. For more information please see the COVID FAQs

All pre-1940 cars and motorbikes are welcome to attend, with entry via the Campbell Gate off Brooklands Road. Parking for all other vehicles is in our main visitor car park (via Brooklands Drive) and in The Heights off Wellington Way - please follow event signage.

We have been working hard to implement Covid safety measures to ensure all our events are safe and enjoyable for all our visitors. Our events will follow the latest Government guidelines, please visit our Visitor Safety FAQ for full details.

Taking Part in the Motoring Activities

If you wish to bring your vehicle to this event to participate in any of the motoring activities, please register by 28th July by completing this form.

At events where we are running Test Hill, vehicle parades and ‘Race Starts’ anyone who wishes to take part will need to produce a valid driving licence as part of the signing-on process. The licence must be for the type of vehicle you are looking to drive or ride. They must also attend the briefing session after signing on, before participating in the motoring activities.

As part of an essential fundraising programme to safeguard the future of Test Hill, we are asking for a voluntary contribution from everyone who wishes to take part in the ascents and are suggesting £5.00 as a suitable contribution. More details will be available at the signing-in area - Thank you.

Assistance dogs only are admitted on site. Children 16 and under must be accompanied by an adult. For full visitor guidelines please click here 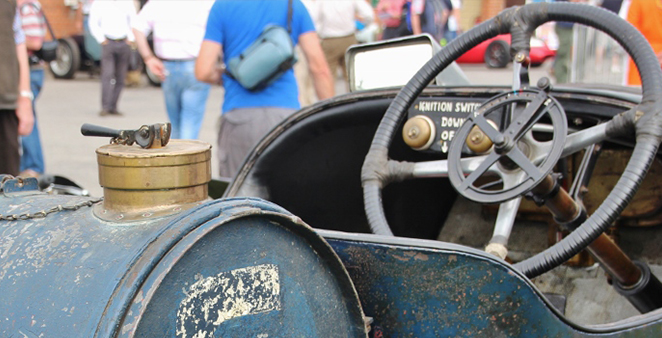