A tribute to the Brooklands bikers of the 1930s

This motorcycle was built by Ex Brooklands Racer Doug Earle in the 1990s as a replica of a 1930s Outer Circuit racer, complete with sidecar. Earle raced Zeniths at Brooklands in 1938 and the Cotton-JAP was a recreation of the type of machine raced on the famous banked track.

The Cotton frame is the oldest component dating from 1928 and it is believed the frame was used for grass track racing after the war. The 500 cc JAP engine is a speedway unit dating from 1938. Both makes were used for many of Brooklands famous race bikes. Between 2012 – 2015 a full restoration of the Doug Earle Cotton-JAP was carried out by the Brooklands Motorcycle Team.

Cotton was founded in 1919, and their frames typically featured straight frame tubes, triangulated for strength and stiffness making them ideal for high-speed race bikes. The motorcycle and sidecar, which is separately displayed in the McEvoy Shed, are streamlined in hand beaten aluminium. Originally both wheels featured alloy fairings but on the front wheel this has been removed in the interests of stability and safety when the bike is used for demonstration events.

The engine runs on methanol which has a higher-octane rating than gasoline. Methanol though has a lower calorific value compared to petrol requiring the fuel flow rate to be two to three times greater to realise the potential. This explains the large fuel tank used on Earle Cotton-JAP.

The large exhaust silencer is known as a Brooklands Can. Following two court cases during the mid-1920s concerning noise from the circuit this type of design became mandatory for racing cars and bikes. The exact specification changed over the years but the distinctive shape with its fishtail became synonymous with the track. Whether or not it achieves the aim of noise reduction is debatable.

The iconic looks of this bike and it’s no compromise approach to the design of a motorcycle designed to be raced flat out make it a favourite at many demonstration and events the Motorcylce Team participate in, including the Chateau Impney Hill Climb and Montlhery Vintage Revival near Paris. 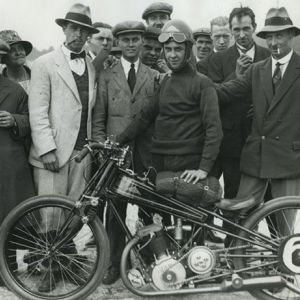 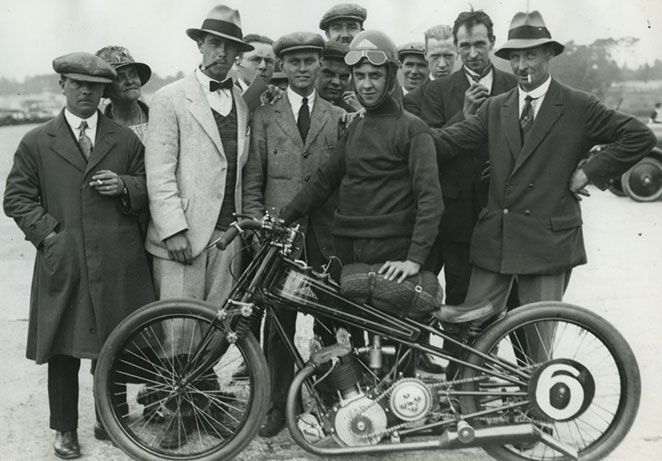 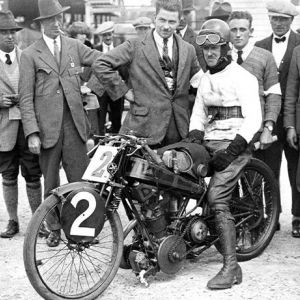 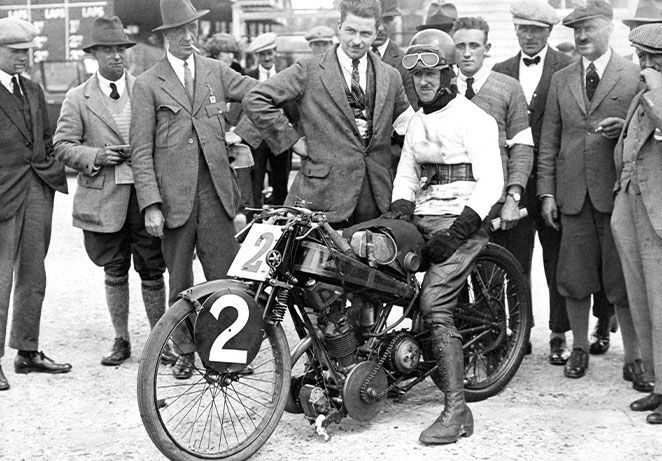 Other motorcycles in ERA Shed