Owned by the fastest motorcyclist in the world

The Railton brand was named after Reid Railton, one of the most successful record-breaking car designers before World War Two. Railton was responsible for designing five cars that successfully broke the World Land Speed record, driven by Malcolm Campbell and John Cobb, from the Thomson & Taylor workshop at Brooklands. Railton cars were built by the Fairmile Engineering Company in nearby Cobham, run by Noel Macklin who raced at Brooklands before World War One and was also the founder of Invicta cars.

The Terraplane was the first model offered by Railton cars and was based on the American Hudson Terraplane. The lightweight British- built body used by Railton made the car much sportier, reducing the 0-60mph time to just 13 seconds.

This car was ordered new by motorcycle racer and record breaker Eric Fernihough who used it as a run about and to transport his bikes to Brooklands from his garage on Brooklands Road, just outside the circuit. The coach work was custom-built to his own specifications by John Charles & Co Ltd, Engineers and Coach builders, of Brentford, with many details included to accommodate Fernihough’s tall stature. Originally black, the car was resprayed red by a later owner in 1955.

1934, helps to light the way and scare off rabbits as Fernihough & Charlies Mortimer break the 500 miles and 12-hour records for a 250cc motorbike. 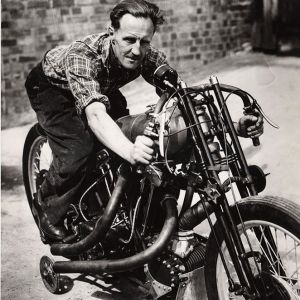 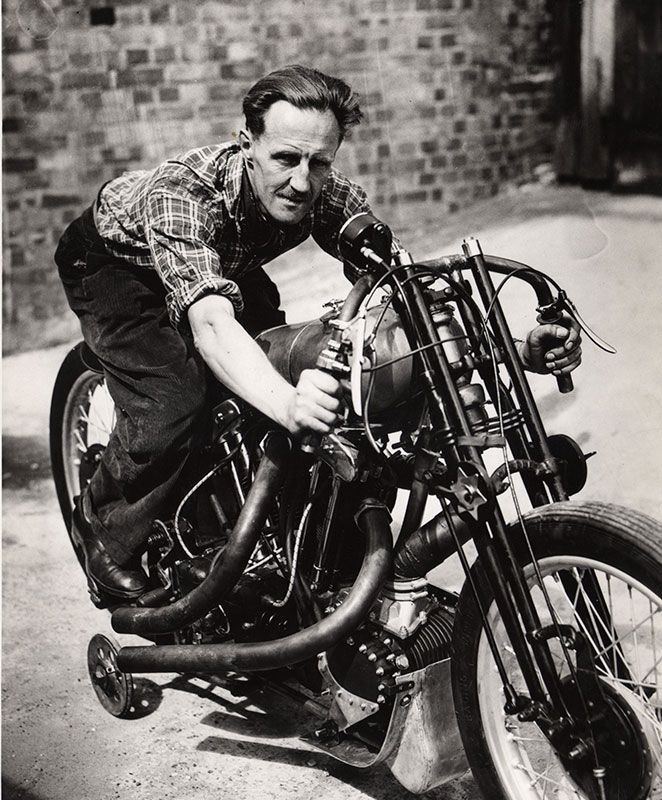 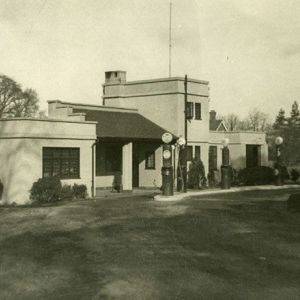 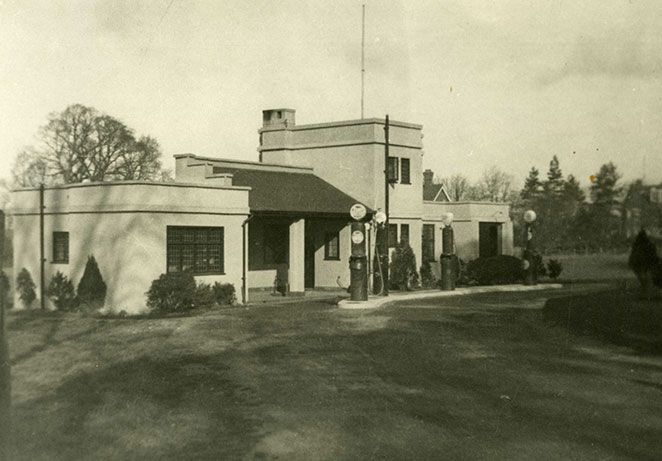 Other motors in Campbell Shed