Commissioned by the Brooklands driver John Cobb, and designed by Reid Railton, the Napier-Railton was built by Thomson and Taylor at their engineering works within the Brooklands Track.

The Napier-Railton’s racing days at Brooklands came to an end in 1937 as it became too heavily penalised by the handicapper to win races, but the story didn’t end there. In 1949, the car was hired from John Cobb by the Romulus Film Company and was used in ‘Pandora and the Flying Dutchman’, a film about a racing car driver starring James Mason. Then in 1951, the car was sold to the GQ Parachute Company of Woking, who had the car modified for testing aircraft braking parachute on the runway at Dunsfold airfield. The car then passed through many private owners before Brooklands Museum returned it to its rightful home with the help of the Heritage Lottery Fund. 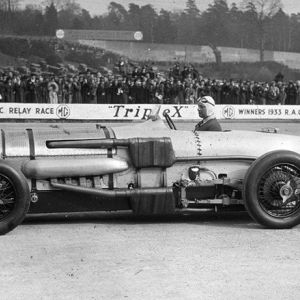 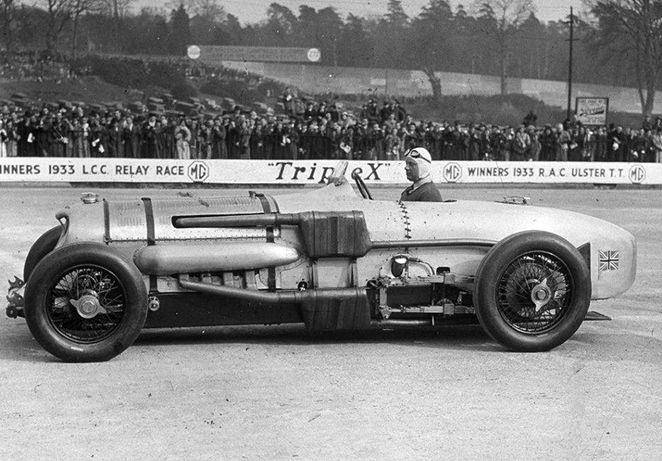 John cobb in the Napier-Railton 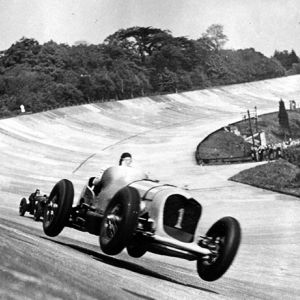 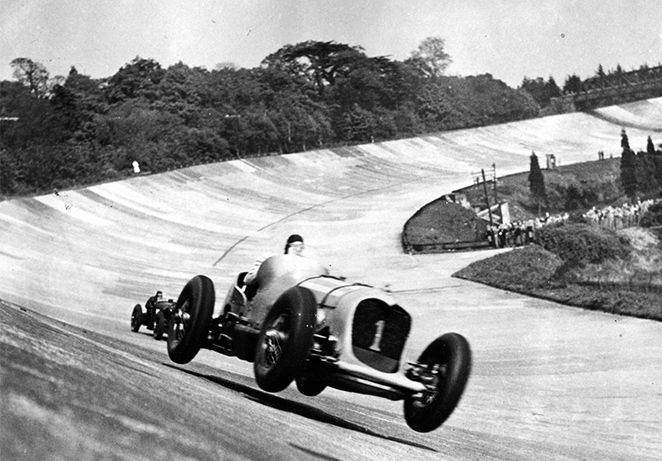 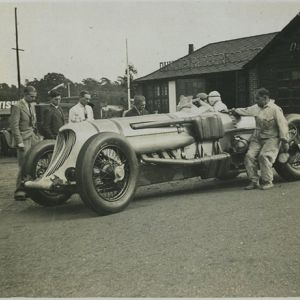 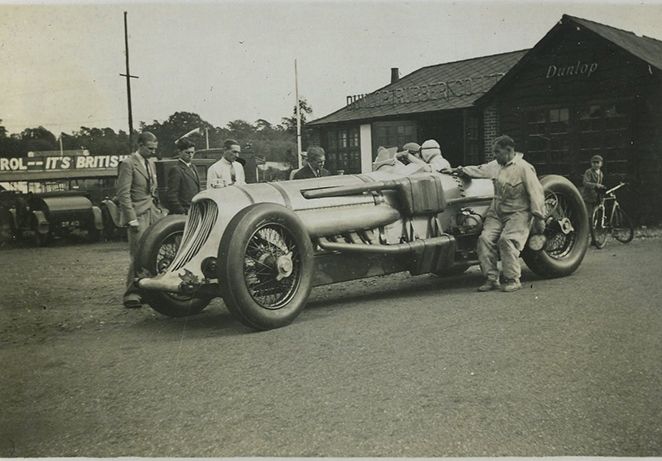 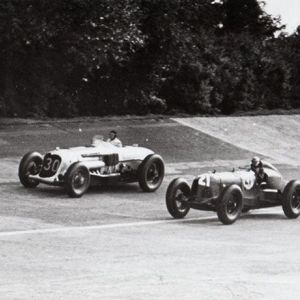 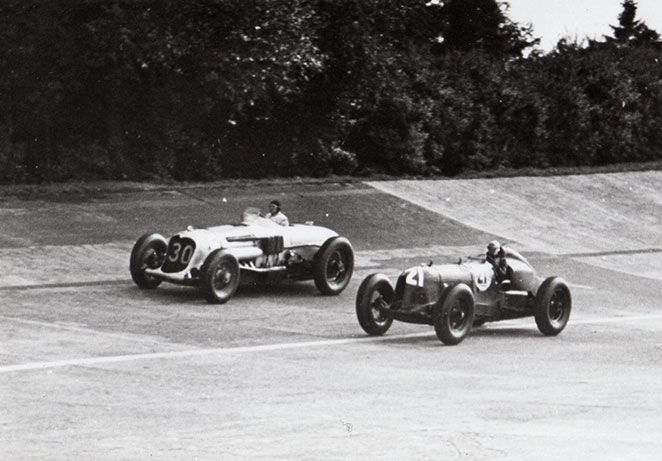 John Cobb in the Napier-Railton passes the Pacey-Hassan Bentley Special during the BRDC 500 Kilometer Race, 18.09.1937 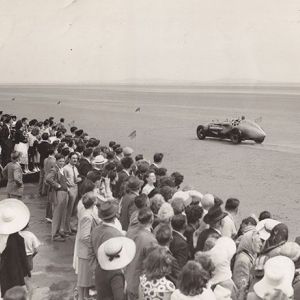 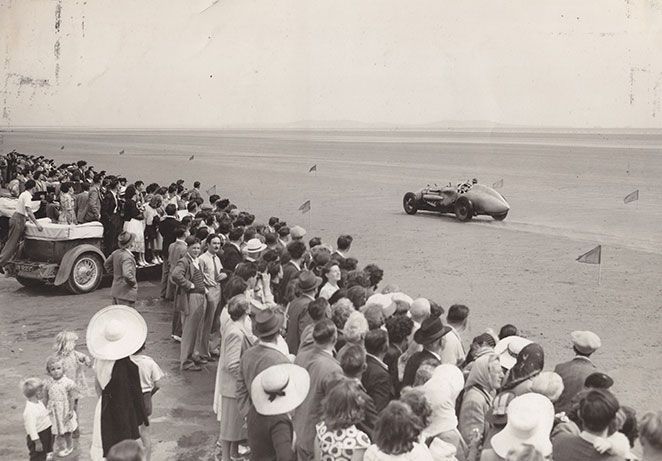 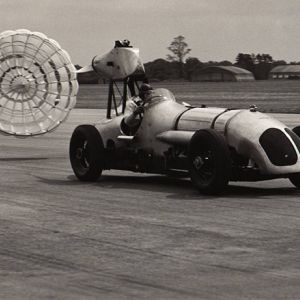 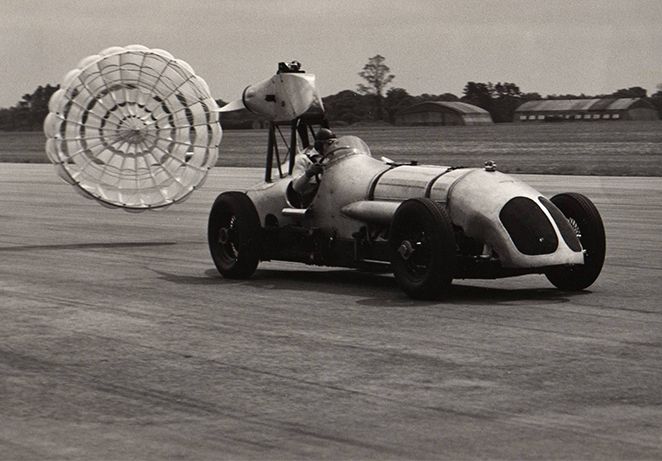 Other motors in ERA Shed