Recent visitors to the Museum will have spotted two new cars on display over the winter months which chart the career of one of Brooklands’ most iconic drivers.

Prince Birabongse of Siam, or B.Bira as he was known, was born into the Siamese (now Thai) Royal Family in 1914 and sadly died in obscurity at Barons Court Tube Station in London, in 1985.

Bira started racing at Brooklands in 1935 at the age of twenty in a Riley Imp which was stripped and tuned by Brooklands-based mechanics Thomson and Taylor. After Bira’s first outing at Brooklands, his cousin and guardian, Prince Chula, realised that Bira could do better in a faster car. The MG K3 Magnette was chosen and a brand new K3 was obtained, which had been prepared for the 1935 ‘Mille Miglia’ but never raced because importation into Italy was forbidden. The car was delivered to Brooklands still in Italian racing red and was fitted with mudguards. However, the car was stripped down by Thomson and Taylor and repainted ‘Bira’ blue complete with two flags on the bonnet, the Siamese flag on the left and the Union flag on the right. The MG was entered for two handicap races at the Brooklands Whitsun meeting. It ran in four more Brooklands races and then at Donington, finishing 5th in the 1935 Nuffield Trophy Race.

In 1936 the MG K3 was sold to Australian, John Snow of N.S.W. for the 1936 Australian Grand Prix at Victor Harbour. It was later owned by several Adelaide drivers, including Andy Brown who drove it to third place in the 1953 Australian GP at Albert Park. The late Tom Bradey bought the car in 1959 and left it to his grandson Philip. In 1989 it ran in Bangkok at an event organised by Princess Narisa Chakrabongse (Prince Chula’s daughter) fifty years after the planned Siamese GP of 1939 was cancelled due to the outbreak of war.

The K3, which is now owned by Australian John Gillett and his wife, has been seen at various sprints and hill climbs in the UK during 2016 and was on display in the ERA Shed at the Museum until March 2017. It is interesting to note that although it has been repainted a number of times over the years, there are traces of the original Italian red showing through around the edge of the cockpit.

After the MG, Bira went on to successfully race a number of cars owned by Prince Chula’s White Mouse Team, including three ERAs (famously named Romulus, Remus and Hanuman), an Aston Martin Ulster, two Delages and several Maseratis. He won three consecutive BRDC Gold Stars in 1936, 1937, and 1938 and was the only driver to win three times in the pre-war years.

Bira continued to race after the Second World War, achieving some success with the White Mouse Team and semi-professionally with the Simca-Gordini team. October 1948 saw the opening race at the new Silverstone track, Britain’s first GP since the war, where Bira came fifth in a new Maserati 4CLT/48. This car reappeared in the spring of 1951 as the new OSCA - Maserati. The Maserati brothers built their V12 unsupercharged engine and new body onto the Maserati 4CLT / 48 chassis. On its very first appearance on March 26th 1951, Bira won the Easter Monday meeting at Goodwood with a lap record.

On April 22 1951, Prince Bira was in the second row in San Remo, and up against Ferrari, however, the OSCA developed a defective radiator and Bira did not finish. At the next race in Bordeaux, Bira was not placed but in May he finished third in his heat at Silverstone. At the end of 1951, Bira improved his own lap record in Goodwood during the heats, but the engine broke in the final. At the Spain GP in Barcelona, Bira already had engine damage in the first round. In Bira’s own words, “My racing season has been a flop and financially I have lost. Breaking a car doesn’t pay what ever”.

The Tourist Trophy in Ulster in June 1952 was the last race in Europe which the OSCA-Maserati competed in. The 1952/53 World Championship was announced for Formula 2 racing cars and Bira signed up with Gordini hoping his luck would change.

In 1955 Bira took his OSCA-Maserati to Australia where the OSCA passed to Curly Brydon who allegedly bought it not direct from Bira but from Sydney’s ‘Mr Sin’, a vice king who had accepted the car to settle a bad debt!

In 1956 Bira ended his motor racing career and returned to Thailand where he pursued his love of flying and sailing but ultimately returned to England before his tragic death in 1985.

Peter Wünsch now owns Bira’s OSCA-Maserati car with its 350hp 4,472cc V-12 cylinder OSCA engine in the Maserati 4CLT chassis which is looked after by Simon Ayliff. The car will be on display in the Grand Prix Exhibition in the Jackson Shed until late spring.

We are grateful to Peter Wünsch and John Gillett for giving us the opportunity to see two of Prince Bira’s cars at Brooklands where his racing career began. Although the MG K3 has now left Brooklands to prepare for the 2017 season, we hope to welcome it back for the Double Twelve on 17th and 18th June when we will celebrate the reopening of the restored Finishing Straight and the 110th anniversary of the opening of the circuit.

Prince Bira of Siam in his ERA Romulus 1939. 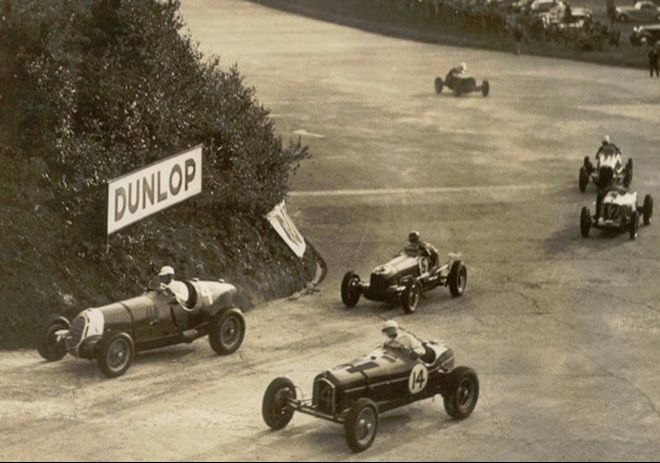 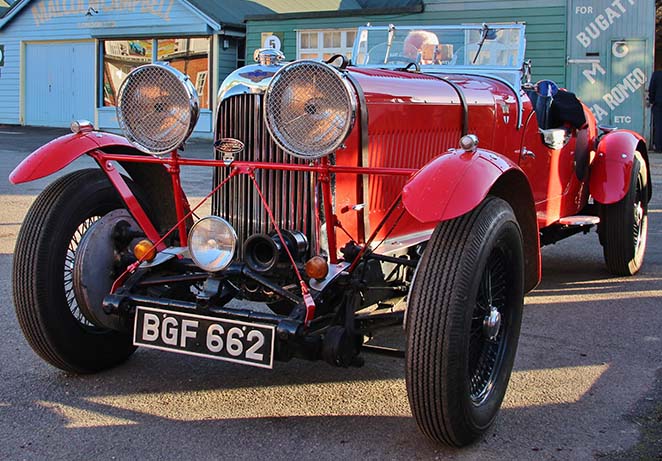 Cars on display at Brooklands Museum