We are back with another of our Volunteer Stories. This time Learning Department Volunteer Guide Alan Packwood has written about his time managing the University of Surrey volunteers during the reconstruction of Concorde Delta Golf and installation of the Concorde and F1 Simulators.

I first became involved with Brooklands when the Museum took delivery of Concorde Delta Golf in 2004. Ross Kelway, who was working at the Outreach Office at the University, asked me if I could get some students to help with the reconstruction work. My interest was peaked because about 30 years previously I had been an apprentice for BAC (Commercial Aircraft Division) at Filton working in the assembly hall for the production manager when Concorde 101 returned for a major check and modification. This involved getting the inspection team to show me what the issues were and then ensuring all rectification work on the aircraft was completed and signed off by the inspectors. But in 2004 having left Filton many years before when Concorde production stopped, I was teaching in the Department of Mechanical, Medical and Aerospace Engineering and had opportunity during lectures to ask for student volunteers. There was a good response and 6-10 regulars put in many hours on Wednesday afternoons and at weekends (see Fig 1).

The reconstruction team at Brooklands, led by Gordon Roxburgh, gave the Surrey students the job of reconditioning the air intakes. So they set-to stripping them down, repainting and re-assembling both port and starboard intakes a task they completed in the summer of 2005, see Figs 2-3 below. I have to say they and Ross put in many, many more hours that I did but it was great experience forming friendship bonds that have lasted to this day and the start of formal relations between the University and the Museum. Students went on to help the Concorde team rub down the wings and refurbish the large Concorde model that currently sits next to the Vimy.

Ross also organised a series of public lectures at the University given by a number of Concorde pilots and crew including Les Brodie, Mike Bannister, Warren Hazelby (Engineering Officer) John Hutchinson, Jock Lowe, Chris Orlebar and Dave Rowland and Alan Simmonds from AAIB at Farnborough who talked about the crash in Paris. These were very popular with both students and the public and filled some of the largest lecture theatres at Surrey.

In 2005 Prof Mark Gillan put together a joint proposal, between the Museum, industry partners and University, to the Engineering and Physical Sciences Research Council for a Partnership for Public Engagement grant. The application was successful and we were awarded £190,000 for the project entitled “Concorde and F1 - UK Aerodynamic Excellence in High Speed Vehicle Design”. The work included installing a working Concorde flight simulator (minus the hydraulic jacks) and F1 simulator at Brooklands supported by industry partners XPI Simulation, who contributed the computer hardware and software. When Mark Gillan left academia and return to F1 the project management fell to me.

The flight simulator, which came from Filton, was delivered in two parts and every wire connecting the forward part of the flight deck to the aft control cabin, which included the flight engineers panels, had been cut. Nearly all the wire tracing for each instrument and flight control was carried out by Surrey students who spent many hours lying on the floor of the Strat Chamber under the simulator doing continuity tests between cut cable ends and pins on the back of instruments on the flight deck. One of the first students to get involved with the flight simulator was Jenny Tye who went on to become Concorde Operations Manager at Brooklands (2015-17).

The new home for the simulator was to be the large acoustics chamber but it needed some re-plastering and complete repainting. This the students undertook, relishing using the 8m scissor lift which was surprisingly wobbly (see Fig 4).

The F1 car modifications were carried out by McLaren on an MP4-11 show car and XPI did the computer graphics which included the rendering of the original Brooklands circuit and a Napier Railton model which included sounds recorded from the Brooklands car. The students produced the posters, that are still on show in the F1 car sim area, and the simulator was opened in 2008 by Tiff Needell (see Figs 5 & 6). [Note the current car on display is a newer McLaren (MP4-21) and the software has since been updated to use the commercial R-Factor car and racetrack simulator.]

Eventually the flight simulator was moved to the newly painted acoustics chamber and connected up once more. New control boxes for roll, pitch and yaw were built at Surrey as well as a display explaining the workings of the engine intakes and shock wave patterns as part of final year projects (see figs 7 & 8). Four years after the Public Engagement project was started the Flight simulator was opened to the public in 2009.

In that same year Jenny was in her final year and decided to do a project on designing a system to get the intake ramps on Concorde operating again and demonstrate their functionality. Her work was just the start of a series of final year projects which culminated in 2017 in a project by Bisher where the hardware and software finally came together. The system was fitted to the aircraft by John Relph, James Cullingham and David Ricot, from the Concorde Technical team, and myself in 2018.

In addition to this Surrey students also worked with Virginia Smith and the Learning team on projects developing activities for schools groups including model gliders and cars. We employed Catherine (Cat) Surtees, another Surrey engineering student (yes related to the motor racing Surtees family) for a summer to help develop outreach materials suitable for Y8 students. We were awarded a Widening Access Initiative grant of £7.6k which purchased a laptop and data projector for the Learning Dept. Cat and Virginia conducted surveys and constructed materials for visiting school pupils some of which are still used today.

We also ran single day activities which involved larger groups of students from all Faculties (see Fig 9) in painting and other estate maintenance work. One memorable occasion was a trip to Dunsfold (see Fig 10) to see Ali Machinchy and his large jet powered Concorde model for a demonstration flight. This was the same model that ended up in the closing credits of an episode of BBC Top Gear flying over a Lotus driven by the STIG.

These activities helped the students develop confidence and new skills and it was also a great addition to their CV’s. A number of times I was told that the questions employers asked at interview were about their work on Concorde or other outreach activities instead of their studies. Our students have gone on to have very successful careers, many in the automotive and aerospace industries. Kirsten works in the German aerospace sector, Mike and Ross C work for Marshalls Aerospace & Defence Group, Kirty in Airbus Toulouse, Alexandra for McDonnell-Douglas in the USA, Iacopo for Boeing in Seattle, Abbie was awarded Young Woman Engineer of the year by the IMechE and IET in 2013 and now works with Airbus on the Mars Rover mission, Jenny works with Toyota UK, Clay as a Business and customer relations consultant, Chris is head of UK space programmes at D-Orbit, Kai is working for a mining company in Zimbabwe, Robin as a partner in a wind energy consultancy, Phillip as an engineering design consultant, Keyvan with Dematic in Canada on automatic warehousing, Bisher for PwC and Cat went on to teach Maths and Engineering in school … to name but a few. All now carry with them an interest in engineering heritage because of Brooklands and the people they met there.

Just occasionally we have a reunion, if there is a special event (see Fig 11). Inevitably fewer can now come as they are spread, not only across the UK, but far across the globe. Let us hope that after the Museum reopens these initiatives can be restarted so that a new generation of engineers can be similarly inspired. 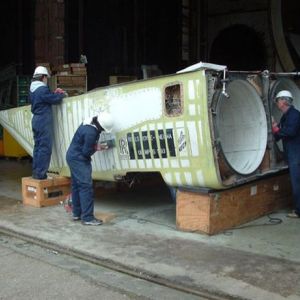 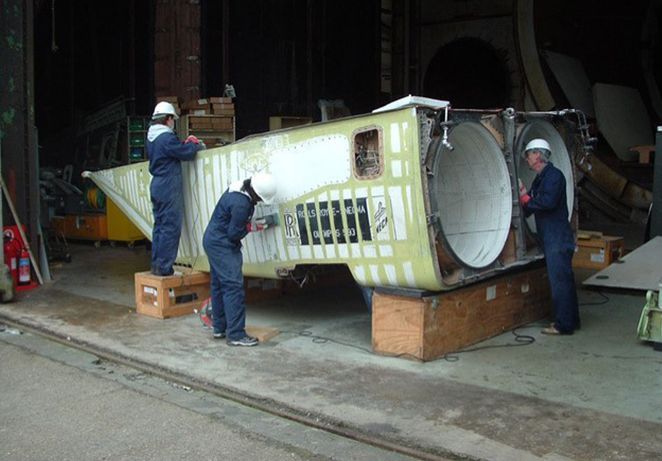 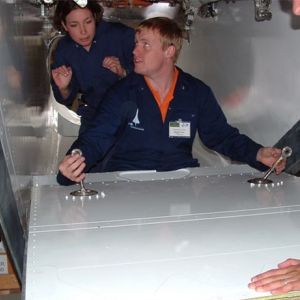 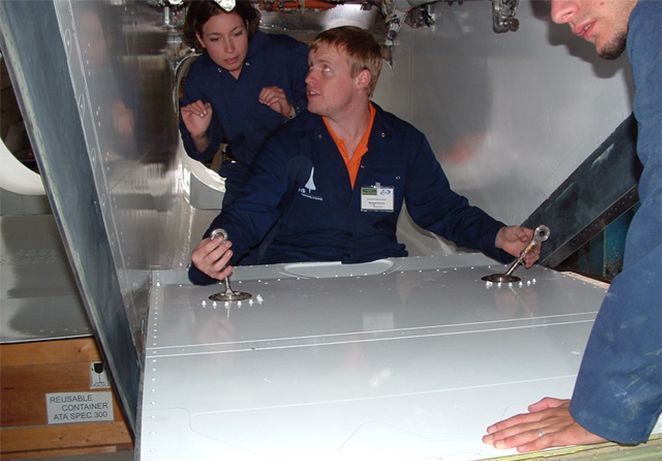 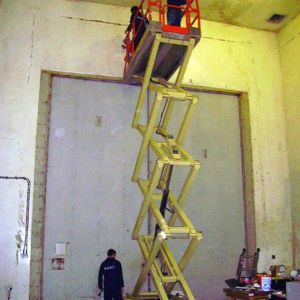 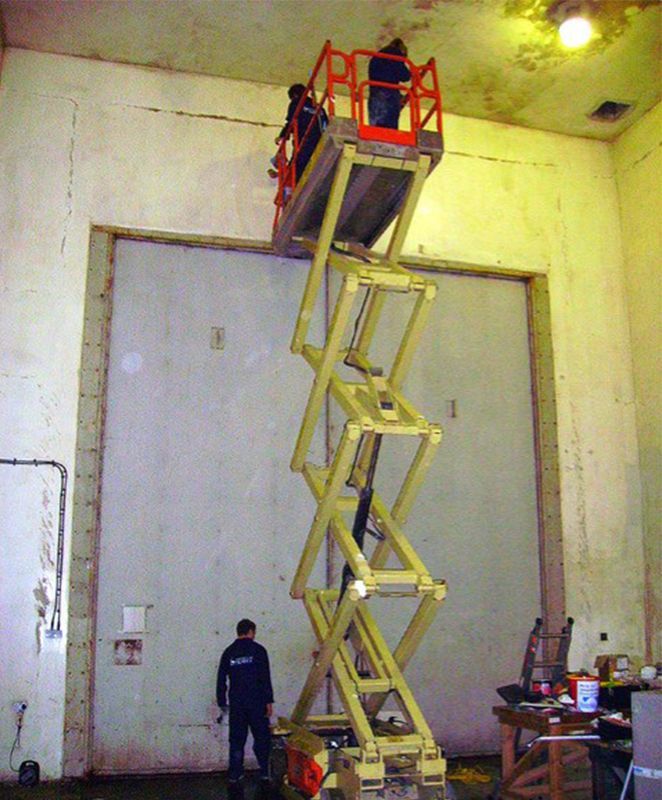 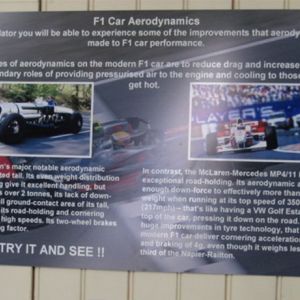 Fig 5 One of the F1 posters 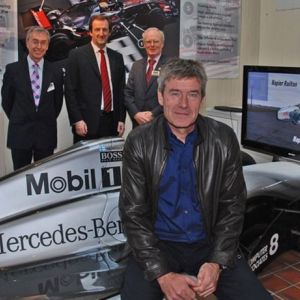 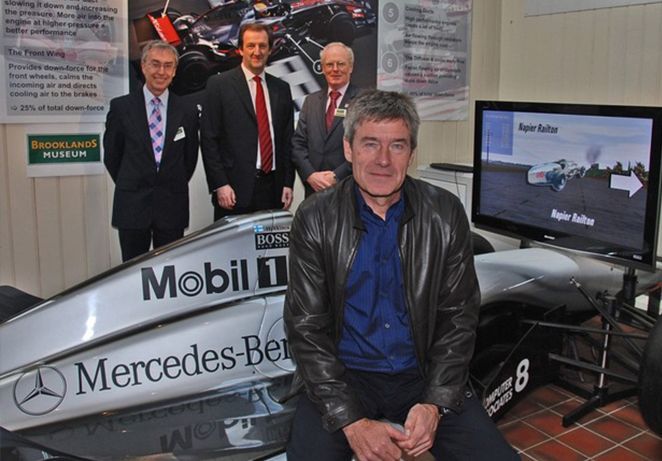 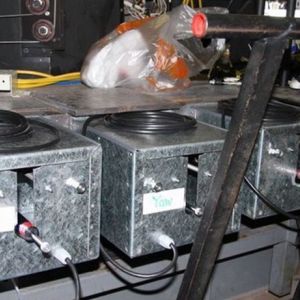 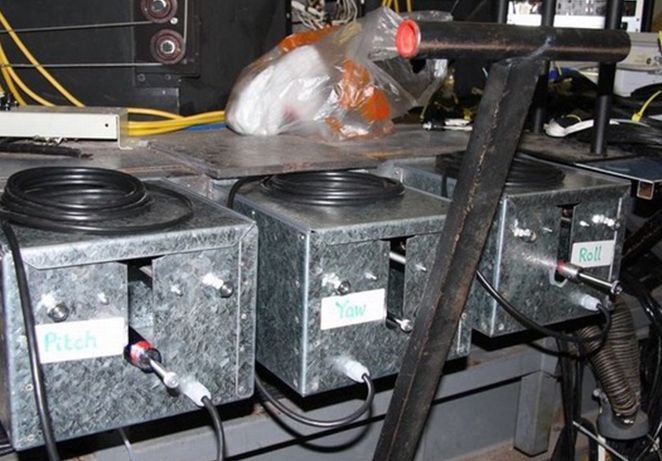 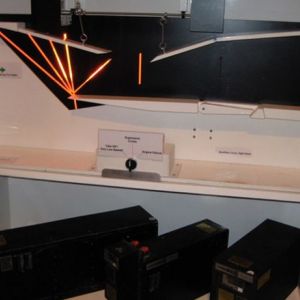 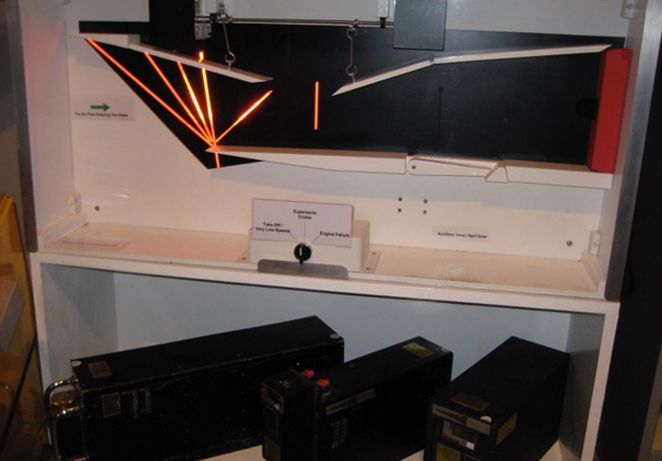 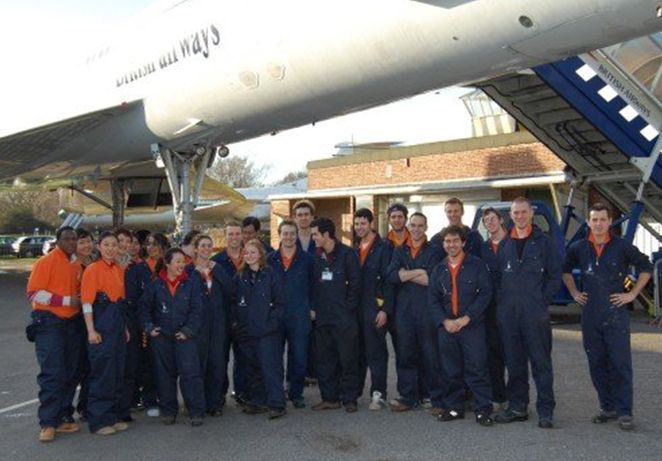 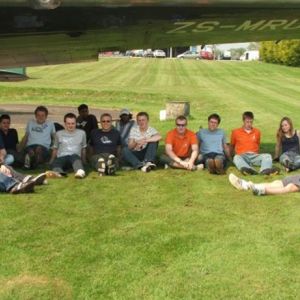 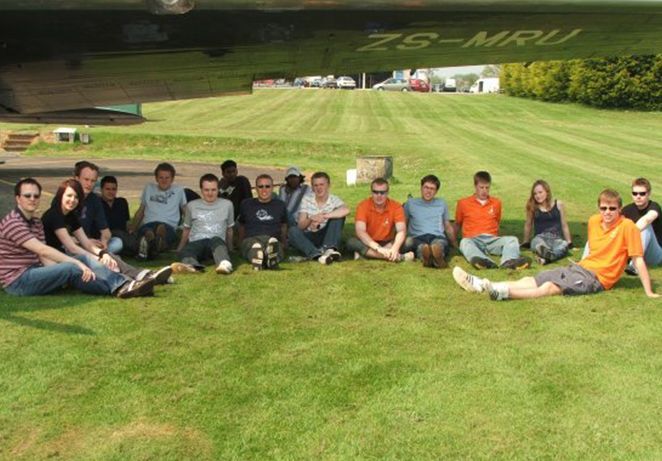 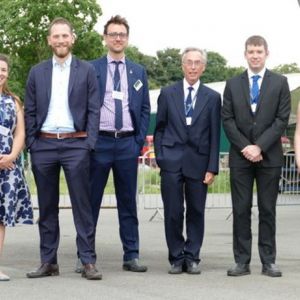 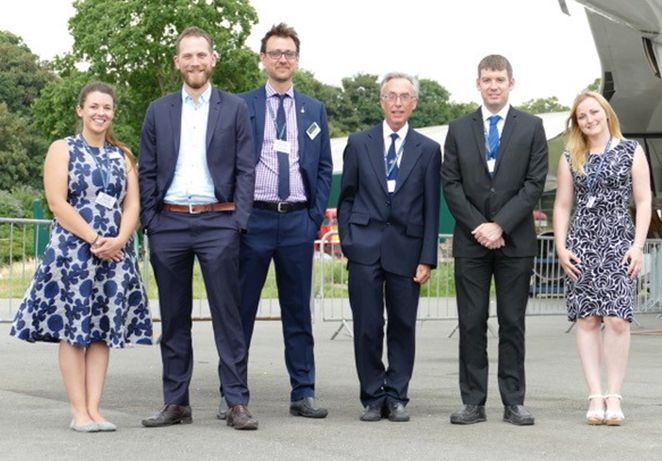