In our next Tales from Brooklands, volunteer Peter Kearns is sharing the story of Brooklands racer and 3 times World Land Speed Record breaker John Cobb, who set the ultimate Brooklands outer-lap record in the Napier-Railton.

John Cobb was born just fourteen years after Karl Benz registered the first patent for a motor car and just eight years before the Brooklands Motor Course was opened.

He was born in Esher, just six miles from Brooklands. It seems that he was destined to live a life influenced by the motor car and motorsport.

His father was Rhodes Cobb, a wealthy fur broker and on completion of his formal education at Eton School and Trinity Hall, Cambridge. John Cobb followed his father into that business. He later became Vice-Chairman of the Falklands Island Company. For a short period, he was also engaged in selling Russian animal pelts on behalf of the Soviet government. As a wealthy young man, he was able to actively engage in his passion for the new and rapidly developing technology.

While his main interests developed around the motor car, he did learn to fly at Brooklands and achieved his Royal Aero Club aviator’s certificate in April 1924. He later used these skills in his role as a pilot with the RAF during the Second World War.

His debut at the Brooklands Motor Course was in July 1925 in a West Kent Motor Club Meeting when he won the first race he ever entered, driving a 1911, 10 litre S61 Fiat. Much success on this and other tracks followed, both in race wins and in achieving various records.

At the BARC Whitsun Meeting of 1929, he won the Lightning Long Handicap race, setting a new lap record of 132.11mph, driving his V12 Delarge. At the same event two years later, he attempted a lap record. Although he did not achieve this, he did get a standing lap record of 115.55mph.

In 1933 John Cobb sold the Delarge and commissioned Reid Railton to design a brand-new car for him. It was based on a traditional chassis, with a 24 litre Napier Lion aero engine and built for him by Thomson and Taylor in their workshops at Brooklands. Still based at Brooklands today (in the Museum), the Napier Railton became one of the most successful of the Brooklands cars. Its first race was the Byfleet Short Handicap race at the August Bank Holiday Meeting, which it won.

He took it to the Montlhéry motor-racing circuit near Paris. There he attempted the 24-hour record. Although he did not make that, he did achieve other records before its radiator sprung a leak. Once the radiator was repaired, he ran again at Brooklands, achieving a mile record of 102.5mph and a kilometre record of 88.52mph. He also made a Brooklands record over the flying kilometre of 143.67mph.

They were back at Brooklands in October, and he won the ‘BRDC 500’ race and in doing so he achieved a lap record of 143.44mph. This record stood until the Brooklands Motor Course closed in 1939, and so will never be broken.

After that, the handicapping set at Brooklands for the Napier Railton meant that it had little chance of more racing success here. John Cobb, therefore, raced a 4-litre Sunbeam in 1936 and the Napier Railton went back to Utah for more record-breaking. He did return it to Brooklands in 1937 and won the BBC Trophy at the Easter Meeting.

In September of that year, he shared driving the Napier Railton with Oliver Bertram and they won the ‘BRDC 500’. John Cobb’s appetite for breaking land speed records was unabated and he commissioned Reid Railton to design and even more powerful machine, again built by Thomson and Taylor at Brooklands. This time it had two Napier Lion engines working together. It pushed the record up to 369.75mph in 1937. After the war, in 1947, it pushed the record to 394.19mph (averaged over two runs in opposite directions). The fastest single run was recorded at 403.13mph. As the first person to be recorded at over 400mph, he was dubbed by the press “the fastest man on earth.

In 1937, John Cobb entered the Napier Railton in another race broadcast by the BBC, winning with an average speed of 139.90, which was the fastest race ever run at Brooklands.

Having achieved so much in motor cars, John Cobb started to take an interest in high-speed boats. An American, Stanley Sayres had established the world water speed record of 178.4mph. John Cobb started working on exceeding that. He commissioned Vosper’s to build a boat powered by a jet engine. This he called Crusader. It was decided that Loch Ness would provide a long enough stretch of appropriately calm water and so his assembled team set themselves up in Glenurquhart, near Drumnadrochit, on the Loch Ness shore.

On the morning of the attempt, the wind was judged to make the attempt unsafe and so the team returned to their hotel. As the wind reduced, they decided to go ahead and returned to the Loch. As John Cobb in Crusader accelerated along the Loch at over 200mph, he hit an unexplained wave on the water surface and the boat disintegrated. He was thrown out of the boat and his body was recovered and subsequently returned to Esher.

A memorial was erected on the Loch Ness shore to his memory by the townsfolk of Glenurquhart. It is still methodically tended more than 70 years after John Cobb lost his life.

A public green in Esher is now called 'Cobb Green' in tribute to his achievements. In 2017 a Blue plaque was unveiled by Richard Noble to John Cobb's memory at the Cranmere Primary School which partially occupies the site of the former Grove House where he lived for much of his adult life.

John Cobb in the Napier-Railton at Brooklands. 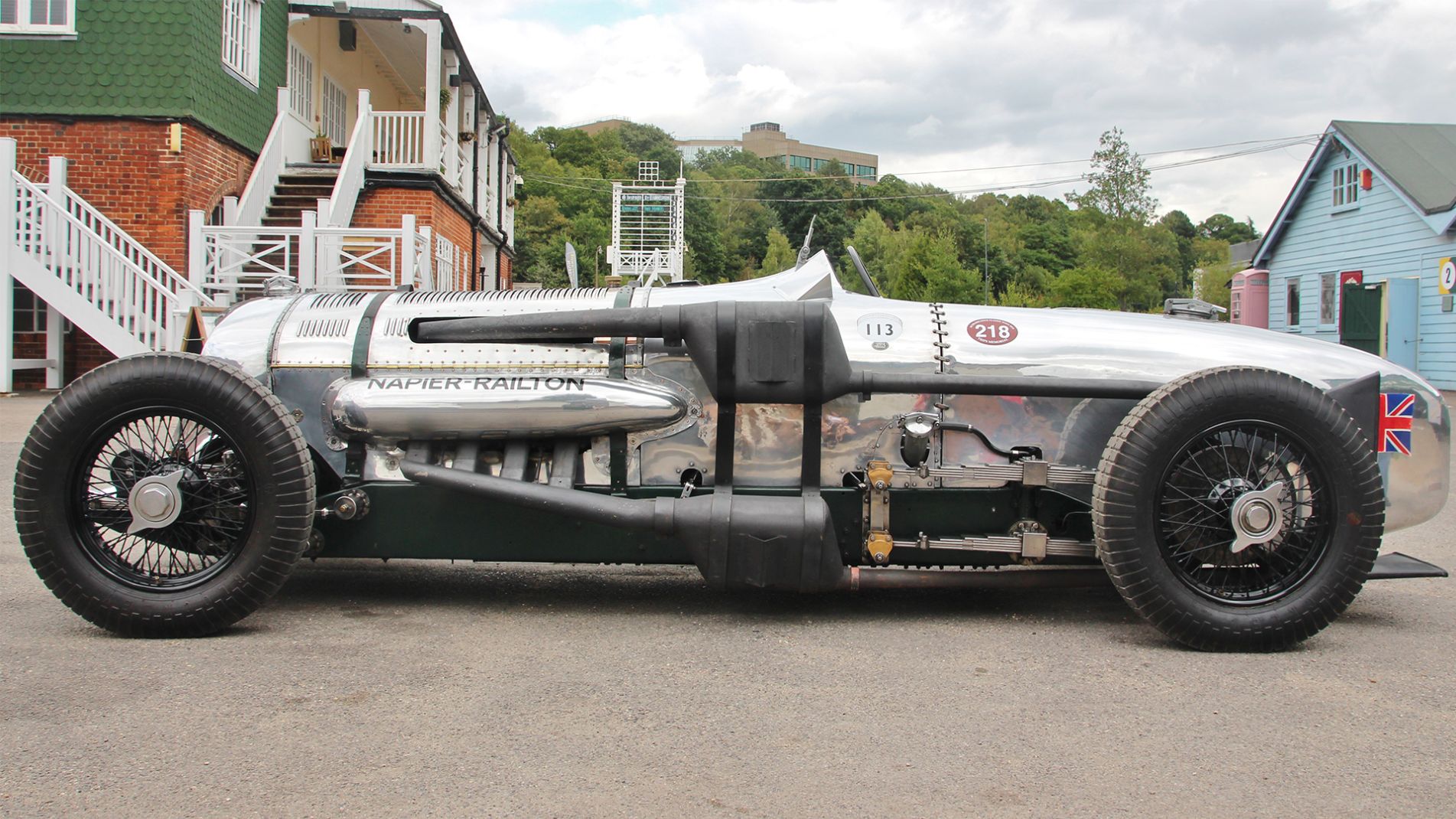