Only six examples are believed to have been built, probably all for Hawker Siddeley Aviation Ltd shortly before the formation of British Aerospace in 1977. Designed with a standard Carmichael ‘Commando’ chassis and for a crew of four, others were possibly built for HSA’s Chester and Hatfield factories. Externally similar to the RAF’s TACR.2 fire tenders, these vehicles only differ externally by lacking the latter’s external electrical power socket on the right hand corner of the rear bodywork.

This example, ‘LDF 681P’, s/n PT 2992, was built in 1976, with a Commando chassis, Land Rover-built Range-Rover front and engine, and rear body built by Gloster Saro Ltd of Hucclecote, Gloucestershire. Previously used only by Hawker Siddeley/British Aerospace at Dunsfold Aerodrome, it was loaned to the newly formed Brooklands Museum Fire Service in mid-1995. Donated to the Museum later that year, it has since been used to support aviation and motoring events at Brooklands and elsewhere, including the British Grand Prix at Silverstone. After several years out of service, this vehicle is now being restored to running condition by the Brooklands Museum Volunteer Airfield Vehicles Team. 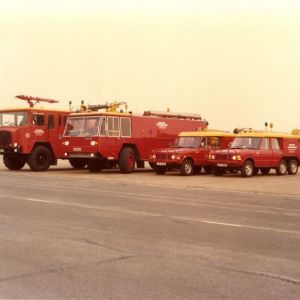 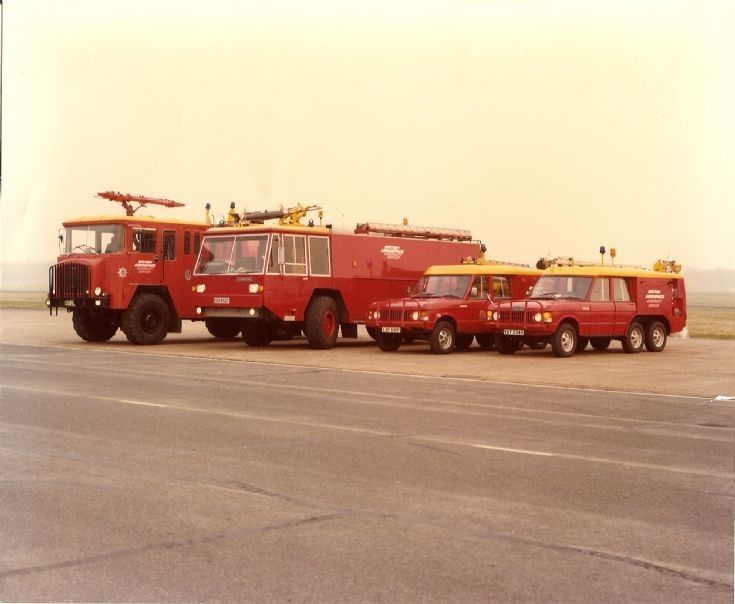 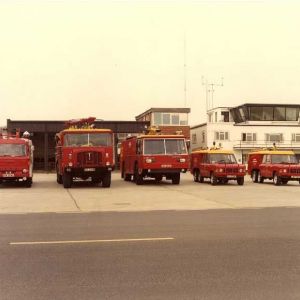 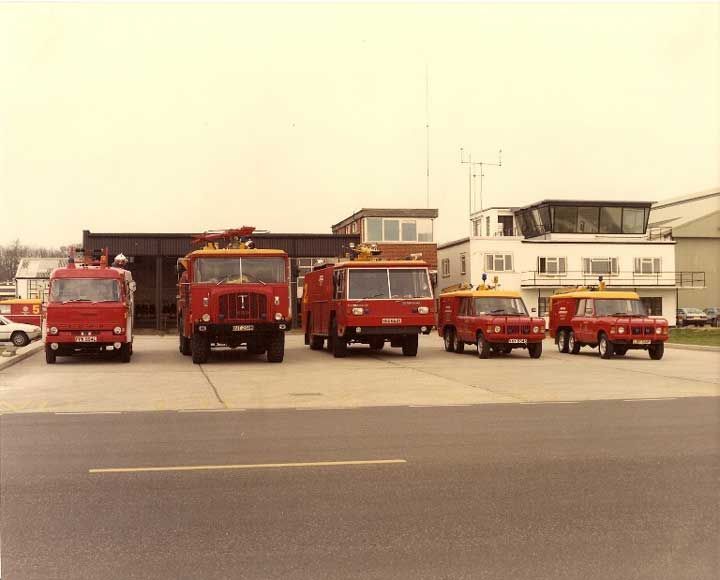