Explore the Brooklands banking in 360

Originally constructed in 1907, the Brooklands race track was the 'Ascot of Motorsport' in its heyday. The outer circuit was 2 ¾ miles long, 100ft wide, with two long straights joined by two sections of the banked curve up to 30ft high.

Today only sections of the race track survive. At the Museum, visitors can walk on the steepest section of the race track, following in the tyre tracks of the motorsport greats, such John Cobb, Malcolm Campbell, Kay Petre, Noel Pope and the Bentley Boys.

Called the Members’ Banking, this is the steepest section of the Track and reaches nearly 29ft high, before descending onto the Railway Straight on the other side of the river. Bridging it is one of Brooklands' most famous landmarks, the Members' Bridge, which provided vehicle access to Members’ Hill. 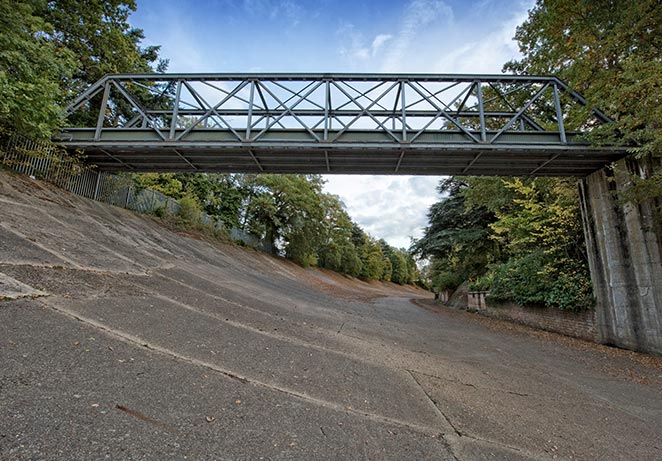