This article by Simon Ames originally appeared in the November-December 2016 edition of the Brooklands Bulletin. Additional material by Tim Morris.

In the September-October 2016 Bulletin a letter from  David  Coney titled  ‘Reunion'  mentioned a report of a half-scale replica of part of the Brooklands Track being built as a film set. David asked for which film this was constructed.

Simon Ames had the answer: "David is correct in his suggestion that a replica of the Brooklands Banking was created for a film set “somewhere in the south of England”. The film “Those Magnificent Men in their Flying Machines” made in  1964  and  released  in June 1965.  It featured Robert  Morley,  Terry-Thomas,  Gert  Frobe, Stu Whitman and many others. It was directed by Ken Annakin, the music score was composed by Ron Goodwin. It was a huge success at the box office.

The main outdoor set was constructed at what was then RAF Booker airfield,  now known as Wycombe  Air  Park.  A  section of the  Track’s  Banking was built of papier-mache like material and looked very convincing. The set was intended to be a replica of Brooklands with the Track and Flight Sheds. The story was of an air race from London to Paris.

I was Secretary of the Royal Aero Club at the time and was invited by the producers with my wife to spend a day at the set shortly after filming in 1964 had finished."

The film was actually set at a fictitious airfield and race tack called Brookley, a not very subtle allusion to Brooklands. Its full title was "Those Magnificent Men in Their Flying Machines - Or How I Flew from London to Paris in 25 Hours 11 Minutes", understandably most cinemas just used the first part in advertising.

The film was loosely based on the idea of the 1911 Daily Mail Air Race which began and started from Brooklands. Brooklands itself was in such a poor condition by the early 1960s and there was so much activity with modern aircraft manufacture that it would have been thoroughly impractical to film here. Booker airfield had much more space for a large set, which included a section of papier-mache banking, a windmill, a sewerage farm and an almost exact recreation of the Aero Village sheds at Brooklands.

The film was hugely successful starring, as it did, the cream of British comedic talent including Terry Thomas, Tony Hancock, Benny Hill and Eric Sykes along with established movie stars Sarah Miles, Stuart Whitman, Red Skelton and Robert Morley. Indeed, the characters of Thomas and Sykes inspired the cartoon characters Dick Dastardly and Mutley in Wacky Races.

Twenty aircraft were built for the film and six of them could actually fly. There is a sequence in the film where seven aircraft are seen in the air, one was added post-production. Genuine vintage aircraft were also used as set dressing and the producers used participants in the London to Brighton vintage rally for more authenticity when filming took place. Some 2000 extras were employed in the scenes at Brookley when the race begins, this was a major production and the finished item came in at over two hours in length. So long that most cinemas of the time included a musical interlude in their showings.

The film is unusual in that it gives a history of flight at the beginning separate to the main story and then morphs into the modern-day world of aviation at the end where an English Electric Lightning swoops across the sky and modern passenger jet aircraft are delayed because of fog.

All the photos here were taken by Simon Ames on set 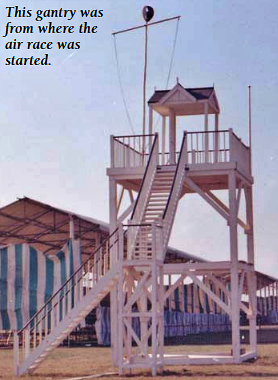 The Gantry not too dissimilar from the Brooklands Paddock Scoreboard 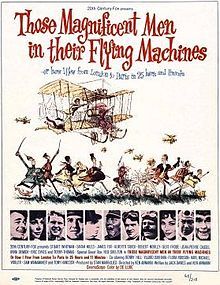 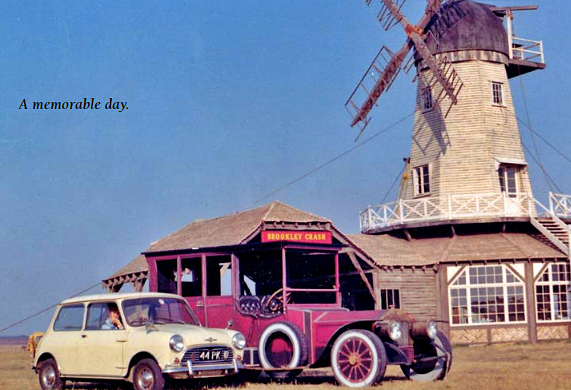 The Ames' Mini next to the Control Tower, Clubhouse, Tea Room and Brookley Crash and Recovery Service 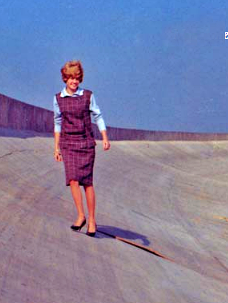 Mrs Ames takes some tentative steps on the "banking"

"Vintage" cars were built for set dressing and real ones from the London to Brighton rally were used in filming too.

One of the stunt rigs built for the stuntmen to use 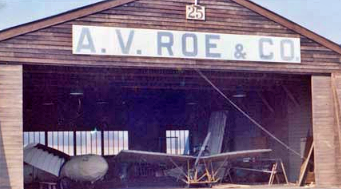 The AVRO shed complete with aircraft