Unfortunately the Museum is closed due to the Coronavirus situation. Thank you for your understanding during this challenging period. Read more

Sir Stirling Moss, who passed away on the morning of Easter Sunday at home where he was being cared for by his wife Lady Susie Moss, was generally considered as the foremost racing driver of his generation despite never winning the F1 World Championship.

He was a great supporter of Brooklands and when his friends Philip Strickland and Ian McGregor invited him to become the first President of the Brooklands Trust Members he jumped at the chance. The connection took him back to the days when his father Alfred Moss raced at Brooklands. Alfred made his first appearance at the Easter meeting of 1923 driving an Anzani engined 4-cylinder Crouch winning the opening race of the day, the Private Competitors Handicap. Alfred met his wife Aileen Craufurd at Brooklands where she too dabbled in racing after being an ambulance driver in WW1. They married in 1928 and Stirling Craufurd Moss was born on the 17th September 1929 followed by his sister Pat Moss in 1934. Both excelled in horsemanship in their younger years and they both took their skills learned in showjumping into motor racing and rallying. Pat, after a hugely successful rallying career notably with Ann Wisdom, (the daughter of two Brooklands aces) later returned to the world of horses to help her own daughter, Susan. Stirling's prowess on the track is the stuff of legend and came at a time when motor racing was far from the safety of today's scene.

"Former BTM President and long‐time Brooklands supporter, Sir Stirling Moss has died following a
long illness. He was aged 90 and had been in poor health since contracting a virus while in Singapore
in December 2016.

Stirling has always been labeled, somewhat disingenuously, as the "Greatest British Grand Prix Driver
never to have won the World Championship". This belied the fact that he was, until recent times, also
our most successful driver in all disciplines, having won 16 F1 Grands Prix out of 66 starts (in the early
days there were often only eight or so races each year), the Mille Miglia of 1955, and no fewer than
195 other victories in everything from touring cars, sports cars to saloon cars, sometimes winning
more than one race on the same day!

He had an ability that transcended the machinery he was driving, never better demonstrated than
his victory in the 1961 Monaco Grand Prix, where, despite a huge power deficit to the rival Ferrari
team, he won in his tiny Lotus 18.

He survived three huge accidents, at Spa in 1960, Goodwood in 1962 (which ended his career) and,
more recently when he fell down a lift‐shaft at his Mayfair flat, where he had lived for more than 50
years.

All Brooklands Trust Members I am sure will wish to join in sending their heartfelt condolences to
Lady Susie Moss, his son Elliot and all his family."

Stirling was active in Formula One from 1951 to 1961 and was the first British driver to win a home Grand Prix at Aintree in 1955. He narrowly lost the World Championship to his friend, Mike Hawthorn, in 1958 after stepping in to vouch for Hawthorn in an incident at the Portuguese Grand Prix. This selfless act cost Moss the championship but goes to prove that he was a gentleman both on and off the track. When overtaking cars, an occurrence that was frequent, he would always raise his hand to acknowledge his rival. He was four times runner-up in the F1 World Championship and made BBC Sports Personality of the year in 1961, receiving his Knighthood in 2000. As was common at the time Stirling was something of an "all-rounder". Not only would he be in the hot seat of an F1 car but would also be at the wheel of saloon cars and was a distinguished rally driver.

He was forced to retire from competitive motorsport after a crash at Goodwood in 1962 that left him in a coma for a month and partially paralysed for six. Once recovered he continued to drive historic racing cars and legends events until he was 81 years old.

Stirling became the Brooklands Members' inaugural President in 2009 and held that position until he had to stand down due to illness in 2018. He was succeeded by F1 World Champion Damon Hill OBE who said: " He launched all the other careers of British racing drivers who went on to become world champions of which he was sadly denied, but no-one ever regards him as anything less than one of the greats".

Our thoughts are with Lady Susie Moss. who was with him at his bedside to the last, and his family - son Elliott and daughter Allison.

A full obituary will appear in a later edition of The Brooklands Bulletin.

Click here for a look at Sir Stirling's greatest races from our friends at GRRC: 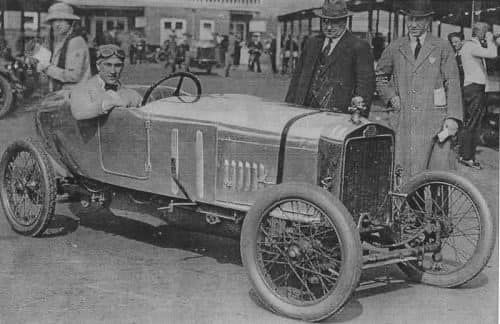 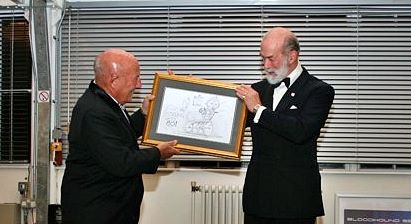 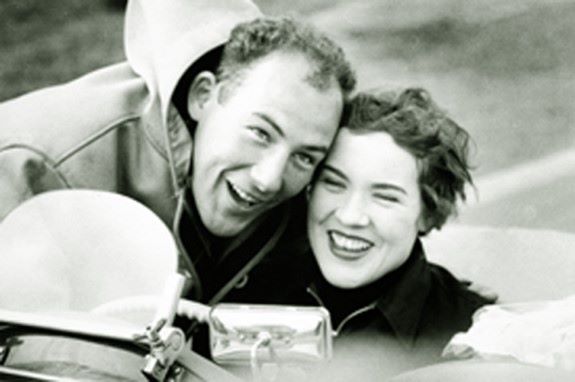 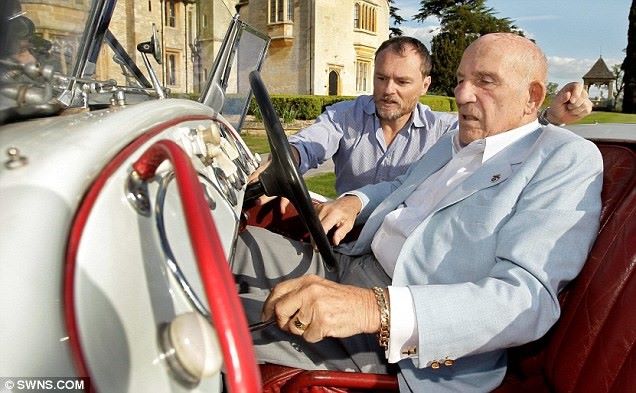 Stirling sitting in his first racing car, a 1937 BMW Frazer Nash 328 that belonged t his father Alfred. It is now owned by the son of a Brooklands Member and Stirling is seen in it here in 2012. 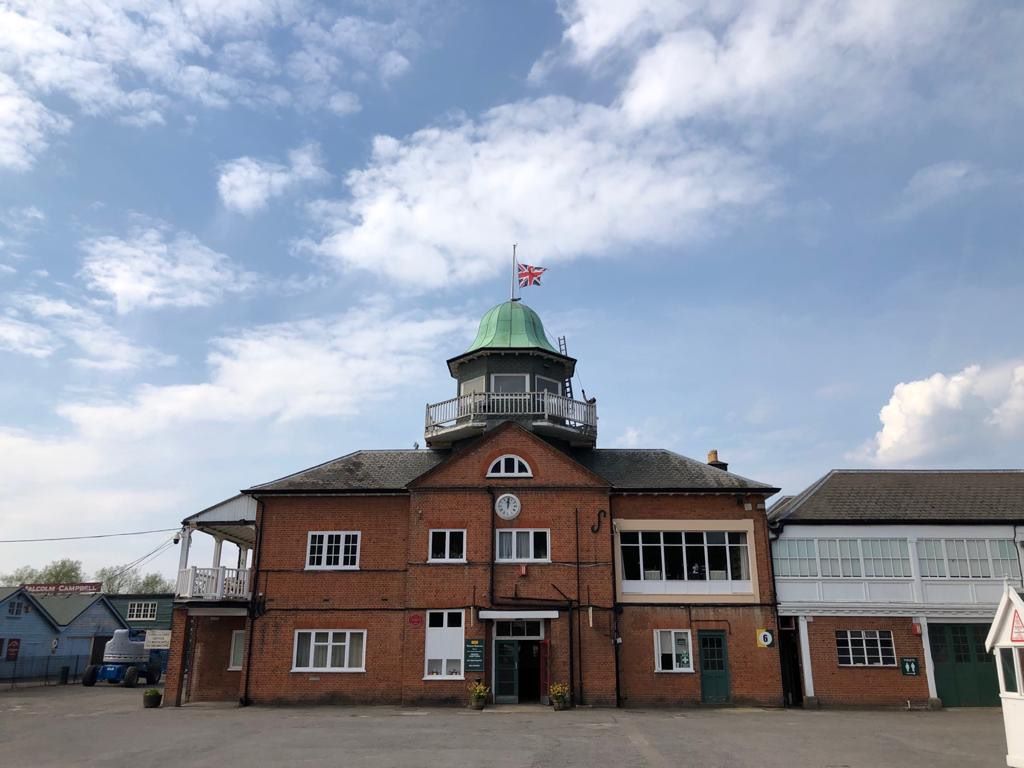 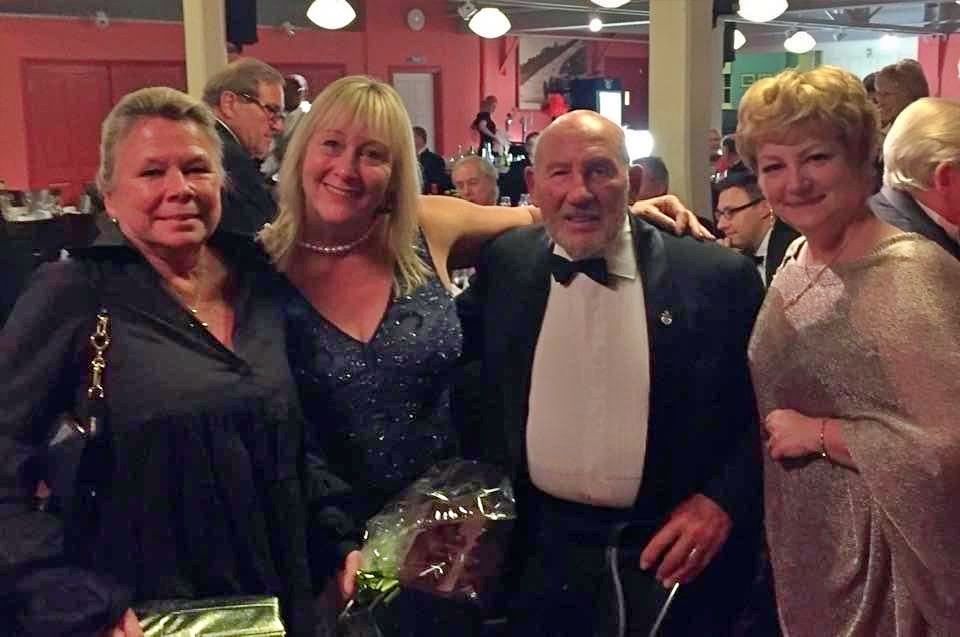 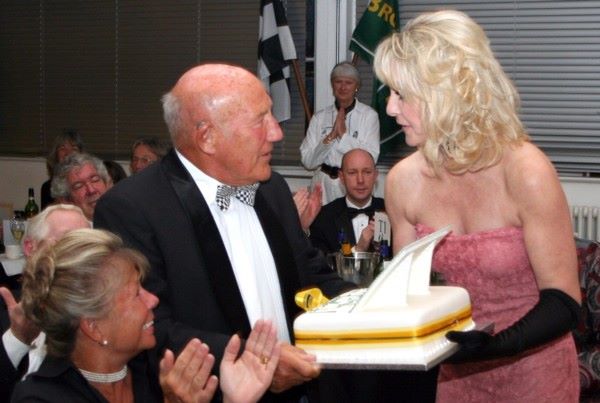