Sunday 26th April should have been the date for the London Marathon. It's a massive fundraiser for charity and it is estimated that they will have lost around £60m by the cancellation of the event. The organisers and charities threw down a challenge involving the numbers 2 and 6 in an attempt to raise that missing money for your chosen charity. The 2.6 Challenge was run nationwide via the Just Giving charity website. Thousands of people took part including the Brooklands Members, Museum plus a member and trustee James Thorne in aid of the Brooklands Museum Trust.

The Museum took up the gauntlet first with its own challenge to assemble 26 different forms of transport drawn from the Museum itself. This was to be done with existing members of the skeleton staff who would be on-site normally led by Curator Andrew Lewis. The first task was to work out what types of transport could actually be assembled and then whether it could be brought outside to nestle under the wings of Concorde. There was the first one - a supersonic passenger airliner! There were a couple more outside already as well - the BAC 1-11 Subsonic passenger jet and a Vanguard turboprop cargo plane - they could all be captured in the picture without moving them making it a little easier. Next up had to be the Napier-Railton and that's where it got a bit distracted as the tiny team got distracted by starting it up and running it around the site - well, who wouldn't! The Napier-Railton should be run at least once a month to keep it in good condition and this turned out to be the ideal opportunity on a nice sunny day to give it its monthly airing.

With Andrew at the wheel it finally ended up beside Concorde and the hunt for the other methods of transport could begin. The first ones were not too hard - the Concorde bus fulfilled that category and the little aircraft tug was another one to be found nearby. Milly the breakdown crane and the Merryweather fire tender were both coaxed into life and joined the growing collection. The Museum vans - light and medium sizes were fairly easy too. The Milk float and golf buggy luckily were still charged up but some others had t be wheeled out including the golden Chopper and the Rytecraft Scoot-a-car. It took several hours to assemble them for the picture to prove the challenge had been met. Then the team had to put them all back again, of course!

In response, the Members wanted to involve their Members in the 2.6 challenge too. So the idea was to also assemble 26 different forms of transport......but in miniature model form.

Would they be able to do this during the day and post pictures of them on their Facebook page. It was a slow start but the first picture came and turned out not to be Concorde or the Napier-Railton but an Airfix big-block model of a VW Camper Van. With transport method number, one accomplished it was a waiting game for more members to join in and post up their pictures.

Luckily they did begin to come in and before too long there were single-seat racing cars, saloon race cars, rally cars, standard saloon cars, vintage tourers, convertible sports cars - there was definitely a car theme going on until Gandalf suddenly arrived bearing a sword on horseback along with Dr Who's Tardis. It may be fictional but we still counted it as a method of transport, we didn't specify it had to be real after all! There was a battleship and a lifeboat, various types of steam engine and a Japanese bullet train but surprisingly, only one aircraft - which of course was Concorde as befits Brooklands.

Several of the models posted fit the same categories but at a final count up we did manage to find the elusive 26 different forms needed.

James, perhaps, had the more technical challenge of the three fundraisers - to tell the story of the 1926 British Grand Prix in 26 Tweets.

The Grand Prix was held on Saturday 7th August 1926 over a course of 2.6miles - they surely must have been anticipating the 2.6 Challenge 94 years later? James's tweets detailed the race including the origins of the track itself over the course of the day. Needless to say, he succeeded admirably and a lot of effort had been put into collecting the information and the Museum helped out with suitable pictures of the race itself.

James's efforts so far have raised over £750 for the Museum. 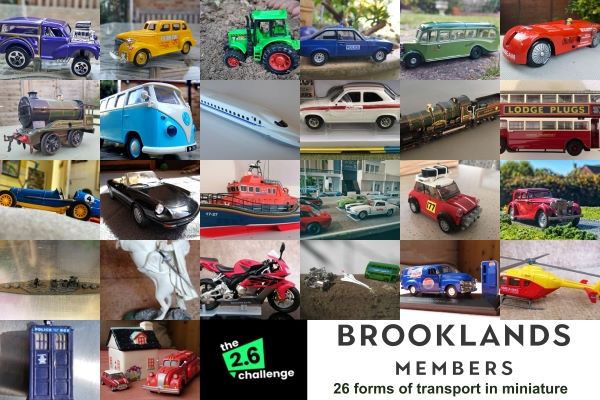 All 26 of the models for the Members Challenge - a big thank you to all those who took part - and don't forget to donate! 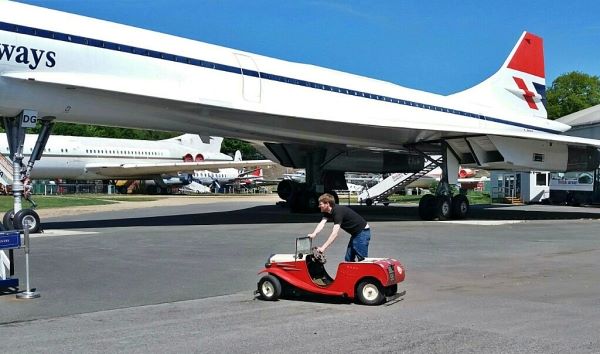 Andrew Lewis pushes the tiny Rytecraft Scootacar towards Concorde (He is very tall so probably couldn't fit in it!) 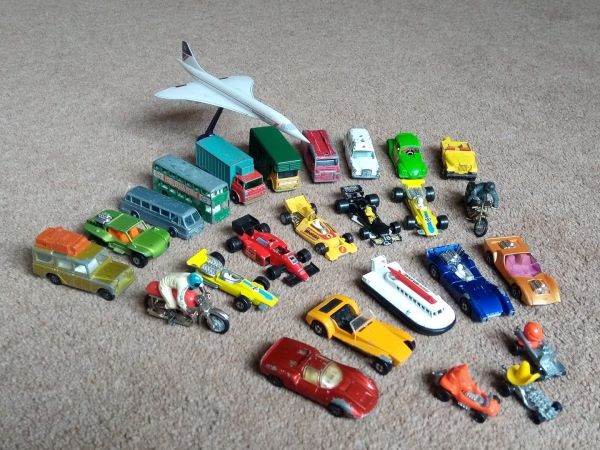 Member Kelly Webb had her own go at creating 26 forms of transport on the lounge carpet. 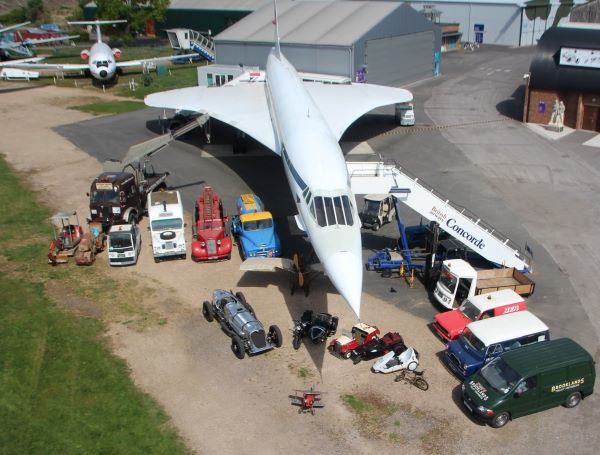 Concorde predominates the Museum's collection of 26 different forms of transport 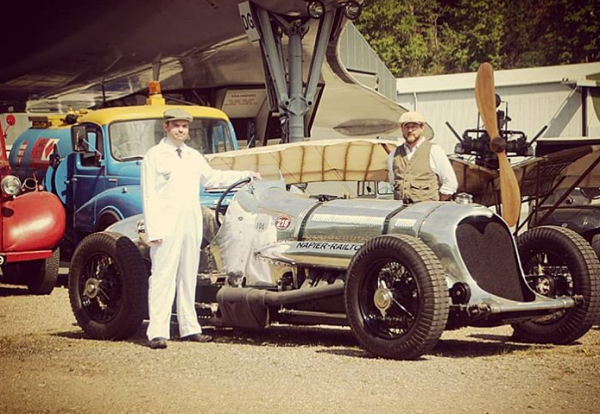 Dickon and Lee with the Napier-Railton in position underneath Concorde 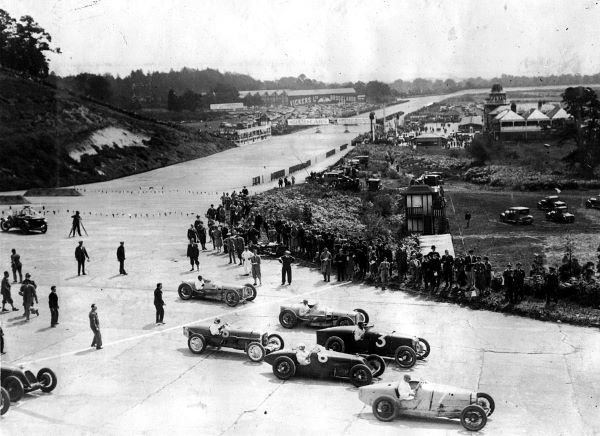 The start of the 1926 British Grand Prix, subject of James's challenge