Here you will find the full aims, objectives and rules of the Brooklands Members 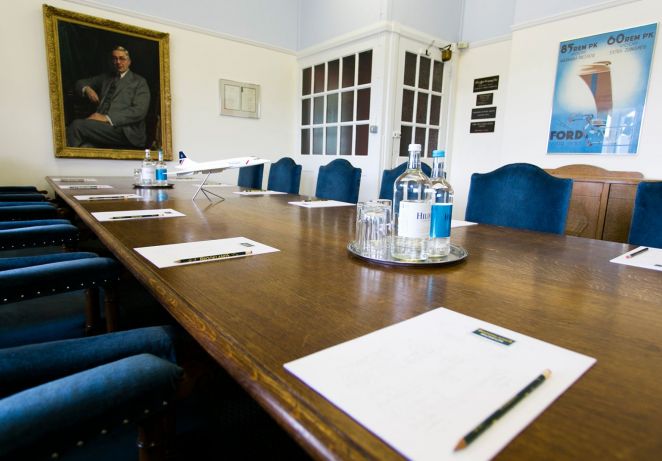 For the avoidance of doubt, the Brooklands Members lies wholly within the Trust but is managed by its own elected Committee and its members are Associate Members of the Trust.

3.1 To promote interest in and support for the charitable objects of the Trust and to raise funds through subscriptions and other activities to support the work of the Trust.

3.2 To promote value to Members by means of events, publications and communications, talks and other activities.

4.2 Every person on becoming a Member shall be deemed to agree to these Rules and to accept the decisions of the Committee.

4.3 Any Member may retire or resign from his or her membership by written notice to the Secretary at the Museum, but shall not be entitled to any refund of any unexpired portion of their subscription.

5.1 Subject to any subsequent alterations in the levels of membership in accordance with Rule 4.1 the current levels are:

Standard membership: Free entry* to the Museum.
Young - One Member under the age of 22.
Individual - One Member.
Double - Two Members.
Family - One, or Two Members and up to three children under 16.

* During normal opening hours, but is subject to a surcharge on days when there are “Premium events” where the entry fee is greater than the usual Museum entry charge

** Except on event and other days published from time to time and on weekdays unless driving a historic vehicle.
*** When open on such days and times as advertised.

5.2 The annual Subscription for each class of membership shall be payable in advance to the Museum. It will become due for renewal on the anniversary of joining in each year.

5.3 All Trustees and paid Museum staff shall be Complimentary Members and the membership ceases when they leave.

5.5 Additional benefits for membership will be published from time to time.

6.1 The Committee shall consist of up to 14 Members of which 10 will be ordinary Members and 4 will be officers: Chairman, Vice Chairman, Secretary and Treasurer. In addition one of the Trustees and the Museum director or a nominated deputy shall be entitled to attend all meetings of the Committee but shall have no vote. The Committee may request the presence of the Administrator at its meetings but such staff will have no vote.

6.3 At each AGM one third of the ordinary Committee Members shall retire or if their number is not three or a multiple of three the number nearest to one third must retire but shall be eligible for reelection.

The members of Committee retiring by rotation shall be those longest in such office. If more than one third shall have been appointed at the same time, those to retire shall be determined by lot.

7.1.1 Save in an emergency, the time and place of a Committee meeting, and the agenda therefore, shall be circulated to all Committee Members and others entitled to attend Committee meetings not less than 7 days before that meeting.

7.1.2 The quorum for a Committee meeting will be seven voting Members

7.1.4 Summaries of the decisions made at Committee meetings may be made available to Members on request to the Secretary.

7.2.1 The Committee shall each year hold an Annual General Meeting.

7.2.2 For the AGM, the notice period shall be 90 days, and the notice shall include a call for nominations for election to the Committee and a call for submission of resolutions to be considered at the AGM. The details of candidates for election and, resolutions which are to be considered at an AGM, must be circulated to all Members at least 21 days before the meeting.

7.2.4 Additionally a General Meeting may be called by the Committee, or by the requisition of not less than ten per cent of all the Members from time to time having the right to attend and vote at General Meetings.

7.2.5 At least 21 days’ notice shall be given to Members in writing of a General Meeting specifying the place, the day and hour of meeting and the business to be conducted including the details of any resolutions which are to be considered at that meeting and method of voting.

7.2.6 The accidental omission to give notice of a meeting to, or the non-receipt of such notice by, any person shall not invalidate any resolution passed or proceeding held at any meeting.

7.2.7 Save as otherwise provided in these Rules, decisions of an AGM or any other General Meeting shall be by simple majority vote. In the event of an equality of votes, the Chairman or, in his absence, the Vice Chairman, or such other person as shall have been appointed as Chairman of the meeting shall have a second and casting vote. The conduct of such meetings shall be in the discretion of the Chairman. All persons having a current membership card shall be entitled to vote at any General Meeting.

7.2.10 No poll shall be demanded on the election of a Chairman of the meeting, or on any question of adjournment, or matter not previously given due notice to members entitled to vote.

7.2.11 Any Member requiring copies of the minutes of a General Meeting may obtain these from the Administrator.

8.1 The Committee shall ensure that:

8.1.1 Accounting records and books are kept in respect of all financial dealings of the Committee or of Members acting under its direction or authority.

8.1.2 Annual statements of account for all dealings under 8.1 are prepared and agreed with the Trust in time for presentation to the Annual General Meeting.

8.2 The Committee will ensure that a bank account is maintained for the purposes of the BTM’s financial transactions. The Committee shall agree who shall be the authorised signatories for that account and the level(s) of expenditure that can be incurred without further authorisation (“Bank delegation of authority”)

8.3 The Committee will authorise and issue a “Expenditure Delegation of Authority” which details who can incur expenditure on behalf of the Committee and the limits in terms of value and nature of that authorised expenditure.

8.4.1 The funds of the Committee, arising from all subscriptions and donations which are benefiting from Gift Aid and bequests shall be paid to the Trust and applied towards the general expenses of the Trust and such other projects agreed from time to time between the Committee and the Trust.

8.4.3 All funds received shall be accounted for in the accounts prepared in accordance with paragraph 8.1 and any payments received by the Trust that includes money due to the Committee A/C shall be forthwith transferred to that account.

8.5 Funds received and held by the Committee shall be applied in furthering the aims and objects set out in Rule 3. Where such funds are to be applied to a specific project the Minutes must clearly record details of the project and authorised expenditure for the avoidance of doubt at a future date.

9 Code of Conduct
A Members’ code of conduct as amended from time to time by the Committee, shall be displayed in the Member’s bar, available to members, and available on request from the Administrator or Secretary.

10 Dissolution
The Committee may be dissolved by the Trust (a) if the Committee acts outside the Aims and Objectives as set out in Rule 3 or (b) if the Members have with a two thirds majority of the Members present and voting resolve to dissolve the Committee in General Meeting the Members having been given proper notice that this resolution would be put to that meeting.