It was also the first show where we introduced some more entertainment in the form of the sunny sounds of the New Malden Ukulele Group. Despite their bright Hawaiian shirts it was not enough to stave off the rain. It was just as well that a lot of our traders had brought tarpaulins and plastic with them , although some had seen the forecast and stayed away. There were some brave vehicle owners who turned out and it became more of a "moderns" show as the older cars retreated into their garages.

There was a good visitor attendance, despite the weather, and those traders who did exhibit did very well as shopping took over from wandering around the Museum and Car Show!

John Newlan won the car of the show with his immaculate 1993 Ford Orion seen below. A very low turnout of motorcycles meant there was just one entry - and he won the best motorcycle trophy! 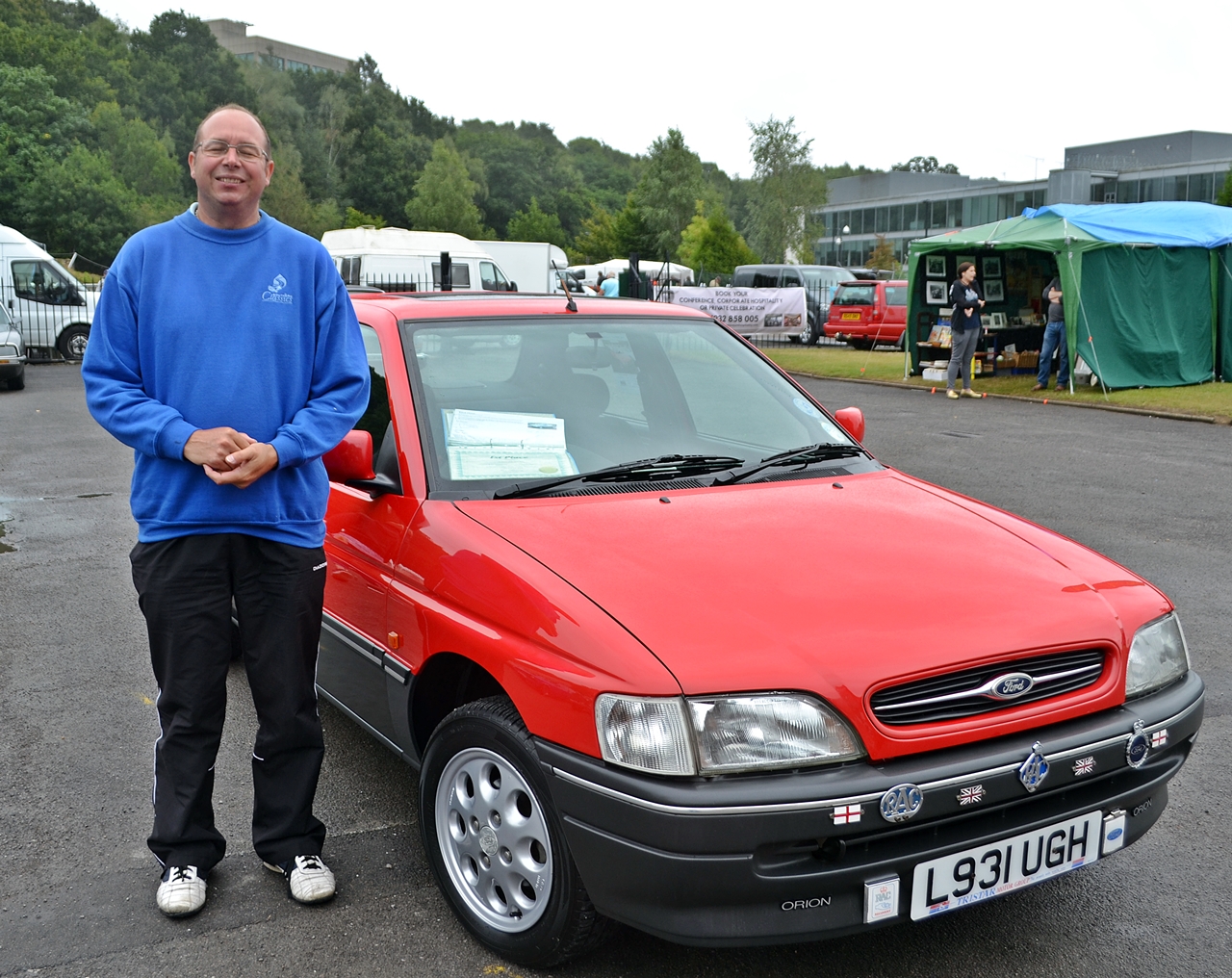