On 7 August the Museum was again filled with the sights and sounds of the 1920s and 30s. Crowds flocked back to the Museum to witness a range of vehicles running “Race Starts” on the finishing straight as well as in static displays around the museum.

This year, as an added attraction the Museum celebrated 95 years since the first Grand Prix was held at the track, with an impressive display of cars from the 1925 Halford Special and 1926 Delarge 15-S-8 that took part in the first race, to a Mclaren and two Mercedes from the modern F1 era. Meanwhile on the F1 simulator visitors competed for the fasted lap and a prize awarded by Racing Pride. One visitor out with his family was TV Presenter, Ex Formula1 and Formula E driver Karun Chandock who said this was the first non-working visit to the track. He said they were having a fantastic time and was amazed at the steepness of the banking.

Also making an appearance were a group of cyclekarts. Best described as 2/3 scale miniature race cars, built to represent racing cars of the 1920s and 30s, these little cars powered by 200cc engines looked the part as they made their way up the finishing straight. Another highlight on the finishing straight was the 1970 Tyrell 001 F1 race car.

BMtv has produced a video series of the event, which can be viewed here 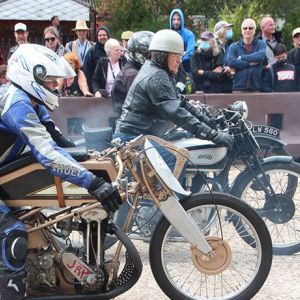 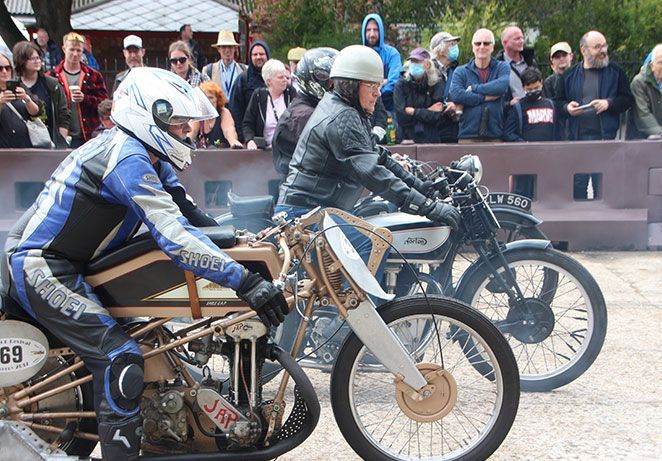 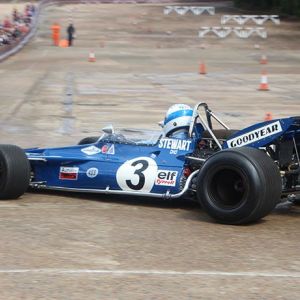 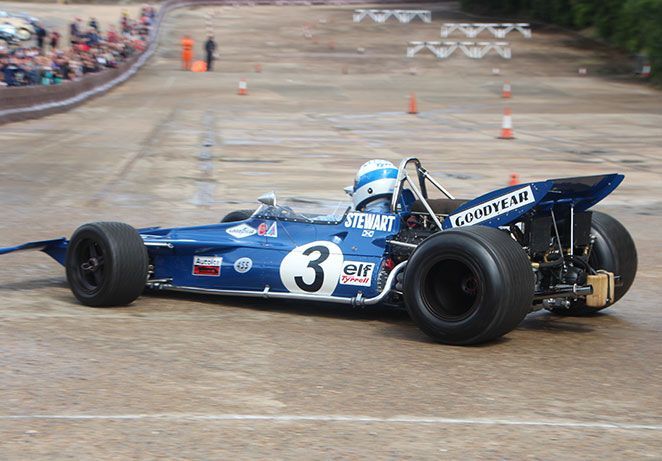 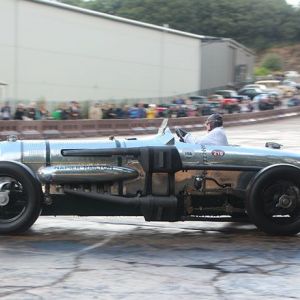 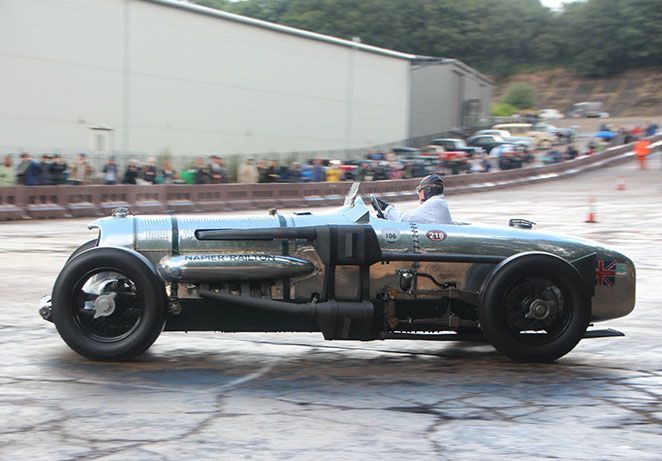 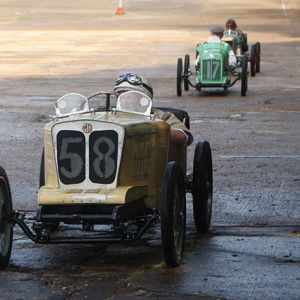 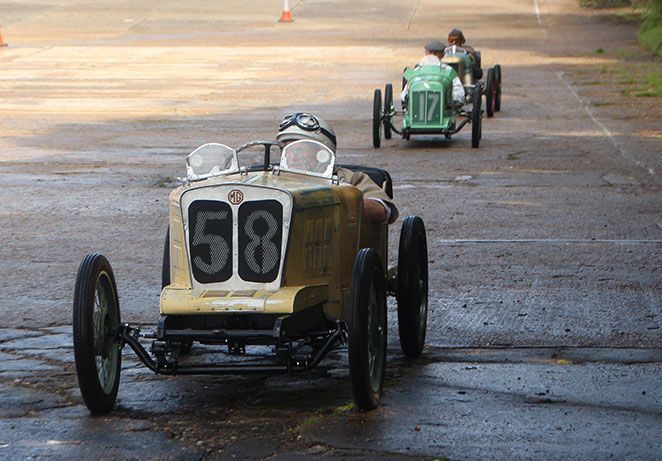 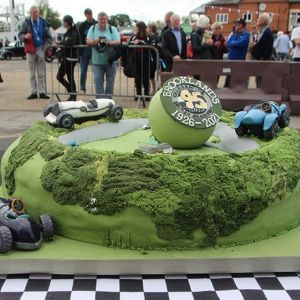 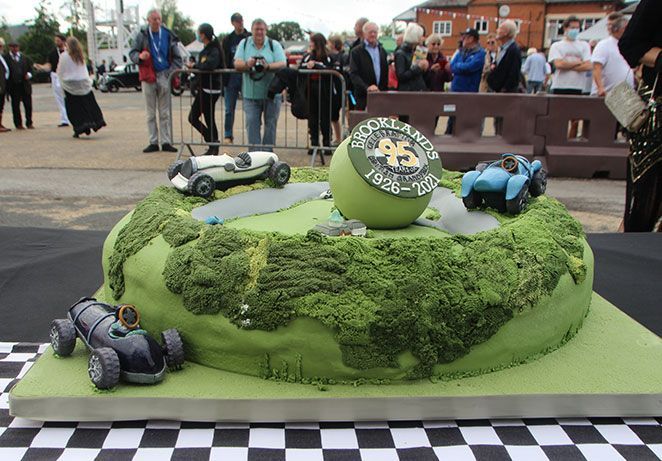 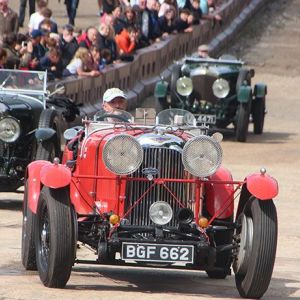 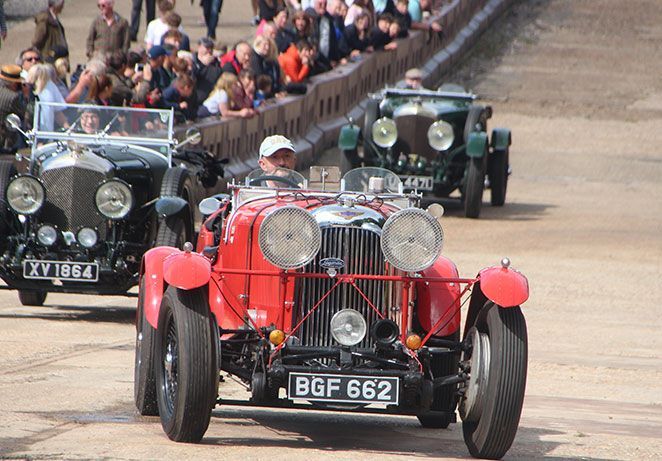