Covid restrictions have resulted in a compressed season with July seeing four races over two weekends in July.

Round 10 in New York saw all our drivers qualifying well down the grid. Sam Bird made his way up to ninth position in his Jaguar whilst Mercedes EQ’s New York debut was not so successful. Nick Devries finished out of the points in 13th with Mercedes EQ’s Stoffel Vandoorne failing to finish after a puncture.

The following day the teams were out again for round 11. Bird qualified on pole position whilst Mercedes EQ’s Stoffel Vandoorne started 20th on the grid after a problematic qualifying. He improved eight places in the race to finish 12th. Teammate Nyck Devries started the race from 22nd and gained good positions early on in the race but he finished in 18th.

Meanwhile, Sam Bird maintained his position throughout the race to finish first and regain the championship lead.

There was only a short break until the teams took to the track in London during the weekend of 24 & 25 July. London first hosted an E-Prix in 2015 and again in 2016 at Battersea Park. The circuit proved to be too narrow and bumpy to get the best out of the cars and drivers and was subsequently dropped from the calendar. The 2021 Circuit conceived prior to the pandemic was constructed in and around the perimeter of the Excel Exhibition Centre in Docklands, which just a few months before was the site of London’s 500 bed Covid Nightingale Hospital.

Attack Mode, a temporary power boost, could be activated for a longer period during the 12th and 13th rounds of the ABB FIA Formula E World Championship. Drivers had extra power available for two periods of eight minutes instead of two four-minute periods, which posed an additional challenge for drivers and teams in terms of energy management.

Bird was caught in a sandwich just after the start which put him out of the race. Mercedes fortunes were looking up as Devries moved up several positions over the first few laps, then fought his way to the front as the race progressed and secured second place.

Vandoorne started the race from 14th on the grid and improved his position in the early stages of the race, moving up into the points. He finished seventh by the end of the race.

Now familiar with the new track, the teams planned their strategies for round 13. With rain on the horizon, Mercedes Stoffel Vandoorne rose from Zero to hero as he qualified in pole position with team-mate Devries in fourth. Sam Bird qualified 21st after yet another tough qualifying session. As the lights went out and all the cars made it through the first couple of turns it seemed that the whole grid had come to terms with the circuit. However, they had in fact discovered multiple overtaking opportunities, and the rest of the race was one of the most eventful in Formula e history. Vandoorne was poised to win the race when, during a safety car period Audi Sport ABT Schaeffler’s Lucas di Grassi took to the pits from ninth position to come out in first place. This was a move planned by Audi on the basis of a calculation of the field’s speed versus the speed in the pit lane and a split-second stop.

Vandoorne remained in second place whilst the stewards thumbed through the rules only to be knocked down to 15th by a late lunge from third place Oliver Rowland with 21 minutes to race. Devries managed to get into the lead following a chaotic few moments, but having used both Attack Mode’s he was not able to defend dropping to third on the road. Race leader di Grassi was awarded a drive through penalty for the overtaking during the safety car but failed to take it and was Black Flagged on the last lap. He was classified 8th on the computer but subsequently disqualified for not coming to a complete halt at his pits during the controversial pitlane incident. Devries was promoted to second whilst Vandoorne initially made it to 11th but eventually finished well out of the points in 15th.

Jaguar Racing’s Sam Bird slowly made his way up to 11th before colliding with the 10th place car of Rene Rast and being forced out of the race. Ironically the initial concern of rain that promised a dramatic race failed to appear!

As a result of this chaos, Sam Bird has dropped to third in the championship (81 Points) to be replaced in the top position by Nyck Devries (95 Points) with Vandoorne in 15th. In the team standings, Mercedes EQ are second with Bird’s Jaguar Racing team two points behind in third.

Catch up with the highlights of Rounds 1 to 13 at: www.fiaformulae.com/en/watch/video-highlights

Rounds 14 and 15, the last two races of the season, will take place in Berlin on the Tempelhof Airport Formula E Circuit on 14 and 15 August.

You can follow the action live on BBC iPlayer 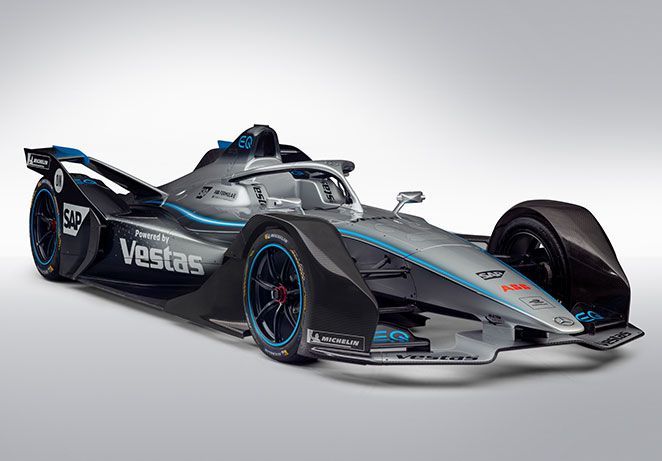